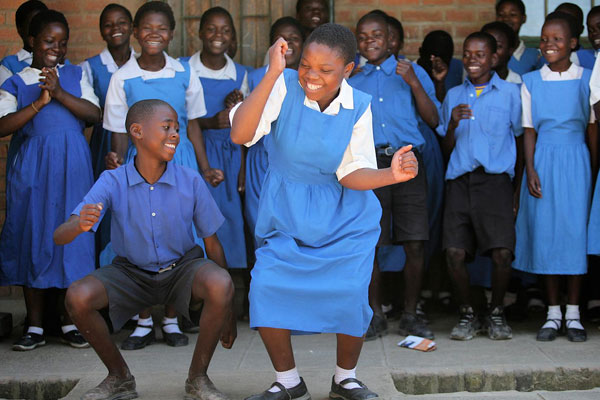 Education in Malawi has been a constant challenge. Malawi is an 8-4-4-education system consisting of primary school, secondary school and university education. There is little opportunity for pre-school. In 1994, the Government of Malawi decided to make a major change in their education and abolished school fees for primary schooling; this resulted in an increase in primary school enrollment from 1.9 million pupils a year to 3.2 million and an average pupil-teacher ratio of 72. The institution of Free Primary Education is successful in terms of the numbers of pupils attending but will not be able to meet the costs needed to support the infrastructure, i.e. 38,000 classrooms. The government will therefore move forward by strengthening partnerships among all divisions to receive 40% of the financing needed.

On June 19, 2009 approximately 120 students at Nanthomba Primary School went home excited for being rewarded of their achievements in different areas. They were rewarded as best achievers in class and after school activities, most punctual, most smart and well behaved students. Pens, notebooks, sandals, soap, toothbrushes, etc were the prizes given. These items are part of the school donations.

While orphans and other vulnerable children need material and psychological support, all the students need motivation for excelling hence this strategy among others. The prizes were given on the open while every student was eager to be called.

Since such event occurred, students have greatly improved in the above performance areas.

The students at the Nanthomba Primary School built by the HELP organization (and their partners) are primarily local orphans, children from local villages and children of National Park employees. Originally, the school began with 320 pupils. To date, due to the eagerness and excitement of an education, the school has 750 students. HELP operates the school, as well as supports three other community schools with teachers aids, in conjunction with the Ministry of Education and provides teachers with stipends and training,which contribute to the upgraded educational standards of the facility.

HELP is in the process of searching for land within walking distance to the village, with the hope of building a secondary school in the near future.