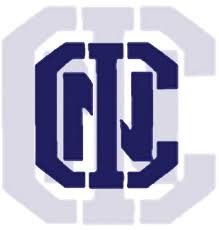 A local financial services firm has said Malawi’s economic recovery will take longer than projected but remains optimistic about the country’s economic prospects.

“Economic recovery however still needs more time than is projected,” reads the report from Nico, in part.

It says although economic growth is expected to pick up in 2013 to 4.6 percent as projected by the Economic Intelligence Unit (EIU), will continue to be affected by negative macro-economic factors that have prevailed in the first quarter of the year.

These include rising maize and fuel prices that have fired up inflation, foreign exchange shortages which have worsened depreciation of the kwacha and a tight monetary policy which have made borrowing from the bank expensive.

It says although inflation could moderate after the maize harvests, it will do so with a lag.

Nico expects inflation to be pushed further by the recent salary hike for civil servants and the upcoming tobacco market that will increase the demand for goods and services.

It says continued rising costs of fuel and short term borrowing by the government also remain major risks to the control of inflation in the country.

“Domestic debt, accumulated by borrowing from the central bank carries a risk of inflation due to excess aggregate demand caused by an increase in money supply,” reads the report.

It says monetary policy is expected to be tight over the first half of the forecast period as the government tries to foster price stability and support the kwacha’s value.

“High interest rates are likely to result in reduced private sector investment and growth while high borrowing costs may also result in increased risk of defaults of existing liabilities and foreclosure of property pledged as security,” says Nico.

This, it says, may dampen performance of the property market and that increased rates on the money market may result in investors shifting from stock market to money market as rates become attractive.

However, Nico says once the country’s economy starts picking up, donor and investor confidence towards the country will be boosted, hence increasing private sector activity.

“Growth in 2013 will be supported by the recovery in aid, the expansion of agricultural subsidies, fiscal discipline, stabilising exchange rates and improved investor sentiment as well as innovations in the mining sector,” reads the Nico report.

It says the expected decline in inflation after the harvest will have the opposite effect-higher disposal incomes and increased savings and that investor sentiments may also improve, resulting into some Foreign Direct Investment which may boost forex availability and hence supporting the value of the kwacha.

Nico says improved inflow of donor funds may help government sustain its reform efforts and resume most of its development projects that were on hold, hence, resulting into improved economic activity.

Nico says it expects tobacco produced for sale to increase subject, however, to any quality constraints.

It also says RBM will likely seek to provide room for growth in credit to the private sector in order to promote economic expansion.

Nico, however, expects government spending to rise in 2013/14 in the run-up to the elections, and will then moderate as inflation declines.

While EIU has forecast Malawi growth at 4.6 percent in 2013, the International Monetary Fund has projected it at 5.5 percent and while government is targeting annual GDP of 5.7 percent by December 2013.