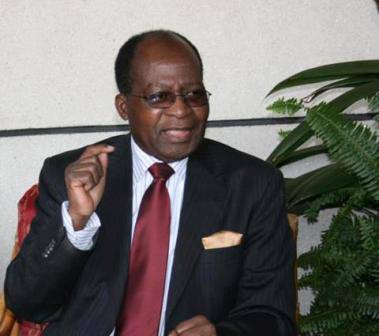 “It is morally wrong and unfair to come up with austerity measures that are not followed by those who govern us but are loaded on the helpless Malawians,” said Tembo.

He added: “I do recognise and acknowledge that reshaping the destiny of a nation that is coming from gruesome economic experience is not easy. However, the sacrifices should be borne by us all.

“It is unjustifiable to be asking Malawians to be patient and endure the economic hardships when they see our leaders, day in day out, living as though they are in different country where our hardships are not felt.”

He said fiscal discipline calls for avoidance of extravagance in expenditure of public resources.

Tembo did commend government for tremendous progress that has been made in restoring good democratic governance. But he noted that the Banda administration is slowly reneging on the promises it made after taking over the country’s leadership.

He specifically cited the use of the Malawi Broadcasting Corporation (MBC) which he said is becoming the mouth piece of ruling People’s Party.

“The Malawi Broadcasting Corporation has become the official mouthpiece of only the ruling party, People’s Party, at the expense of all Malawians of different political affiliations.

“Steadily but surely we seem to be sliding back from where we were before the current government came to power. Is this the hope that Malawians embraced on 7th April 2012?

“I said in this August House during the last meeting of Parliament in February this year that as a nation, we should not allow a repeat of what the nation went though during the previous government,” he said.

Taking his turn, Leader of the Democratic Progressive Party (DPP) in the House George Chaponda, who spent most of the time responding to specific issues in the speech Banda delivered, urged government to find ways of moving the country towards economic independence.

“We need to stand firm and take bold economic decisions which will make us move towards economic independence instead of turning Malawi into beggars.

“Botswana is being applauded rightly so for having become another of our donors for offering scholarships to Malawians. The question to pose is: When will Malawi become politically and economically independent? Will it take 74 years to end poverty in Malawi as Oxford Researchers have claimed?” he wondered.

In his 30-minute speech, Chaponda also faulted the Banda administration for not signing Table Mountain Declaration. He also slammed it for what he called lack of political will to see the implementation of Section 65 of the constitution.

Chaponda wondered why maize could get rotten in the country’s silos at a time there was acute shortage of the commodity in the country. He resultantly described the president’s speech as a catalogue of wishful thinking.

“Mr. Speaker Sir, normally a budgetary speech from the president is expected to provide a strategy. What we have received is a catalogue of wishful thinking,” he said.

The debate on the speech was moved by Chikhwawa South MP Joseph Tembo and seconded by Karonga North West MP Beatrice Mwangonde. The floor was later open to all MPs after United Democratic Front (UDF) said it would respond to the speech on Wednesday.