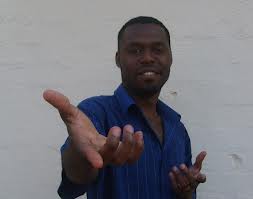 MATUMBI vs ALLAN CHIYEMBEKEZA -JOINS 2014 RACE ON DPP TICKET! A controversial celebrating raggae artist Annie Matumbi has added a fresh digit to the list of Malawian musicians who as of late have shown all that interest to contest in the 2014 tripatite elections as a member of parliament for Thyolo South West constituency but on a DPP ticket. Matumbi whose real name is ‘Chiyanjano Muhezuwa’ is reported to have been meeting chiefs for the area on the matter and he is to come out to openely break the news to the public on his next move. Matumbi will go against Allan Chiyembekeza, who is the current parliamentarian for the area.