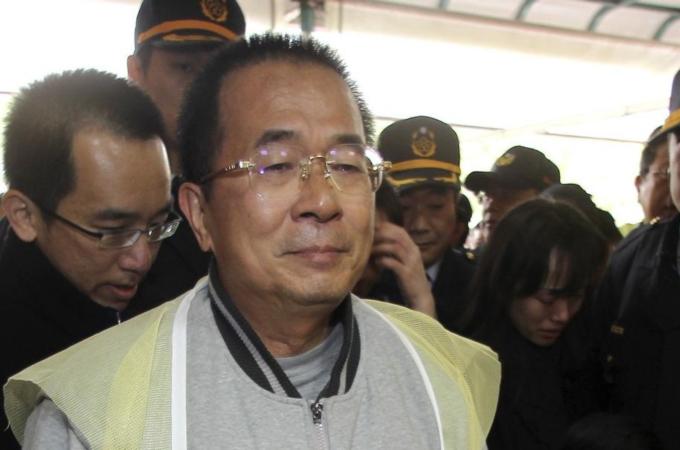 Taiwan’s imprisoned former President Chen Shui-bian tried to kill himself but was stopped by guards, the Justice Ministry said.

A ministry statement said Chen used a towel to try to kill himself on Sunday night in a bathroom at Taichung prison in central Taiwan.

It did not elaborate on how the towel was used.

Without commenting on any injuries Chen may have suffered, the statement said he was in stable condition on Monday at the prison, which is part of a hospital compound.

The 62-year-old is serving a 20-year sentence for corruption offences committed during his 2000-2008 presidential tenure.

The statement quoted Chen as saying that he tried to take his own life to protest against his corruption conviction, part of which was based on his use of a special presidential fund to carry out secret Taiwanese diplomacy.

Chen has been receiving medical treatment in recent months for a series of health problems, including a heart condition.

His office has been pressing for his release on medical parole, citing his poor health and his depressed state of mind.

Last week Chen announced he was applying for readmission to the Democratic Progressive Party, the main opposition grouping, which he led during his presidency.

He left the party of his own volition after leaving the presidency in 2008.

The party has not formally responded to Chen’s application, but current party leaders have made it clear they fear that his readmission could harm their attempts to cleanse the party of the aura of corruption.

2 thoughts on “Taiwan’s former president attempts suicide, currently jailed for corruption, stopped by guards as he tried to use a towel to kill himself.”