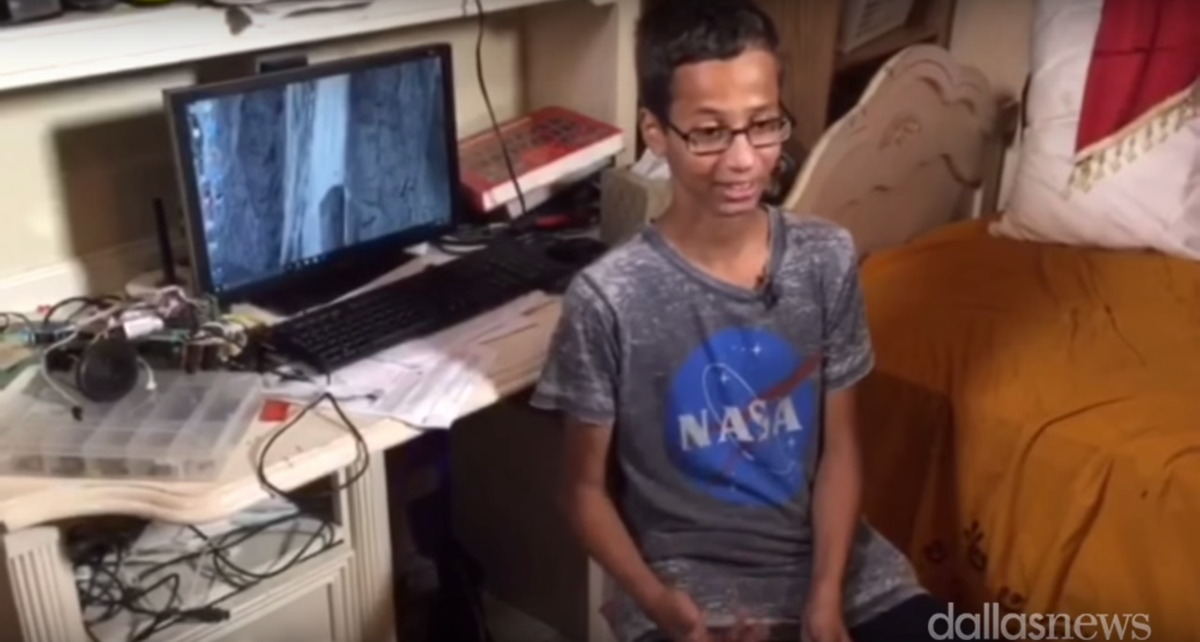 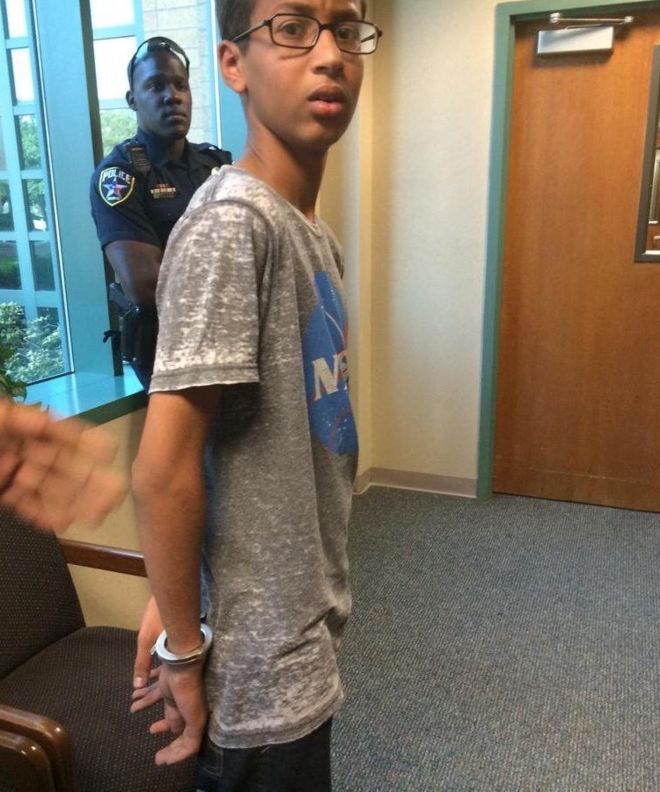 The family of a Muslim teenager arrested after a homemade clock he brought to his Texas school was mistaken for a bomb, has withdrawn him from the school.

Ahmed Mohamed’s father, Mohamed El-Hassan Mohamed, said he had pulled all his children from schools in the area.

According to Mr Mohamed the arrest had a harmful effect on the teen.

Ahmed’s arrest has been sharply criticised and the charges against him were quickly dropped.

Ahmed was arrested at MacArthur High School in Irving, Texas, after officials thought the device he brought to school was a “hoax bomb”.

“Ahmed said: ‘I don’t want to go to MacArthur,'” Mr Mohamed told The Dallas Morning News on Tuesday. “These kids aren’t going to be happy there.”

Ahmed has received numerous enrolment offers from schools, his father said, adding that he wanted to give him a break before making a decision.

The entire family is set to fly to New York on Wednesday where United Nations dignitaries want to meet Ahmed.

After that, Mr Mohamed hopes to take his son on a pilgrimage to Mecca in Saudi Arabia.

“I ask Allah to bless this time. After that, we’ll see,” Mohamed said.

When they return, they plan to visit the White House to meet US President Barack Obama, he said.

Ahmed announced his plans to transfer schools at a news conference last week,

He told reporters it was “very sad” that his teacher thought his clock was a threat.

“I built a clock to impress my teacher but when I showed it to her she thought it was a threat to her. I’m very sad that she got the wrong impression of it.”

Ahmed Mohamed’s arrest has been sharply criticised, and the boy has received an outpouring of support including an invitation to the White House. 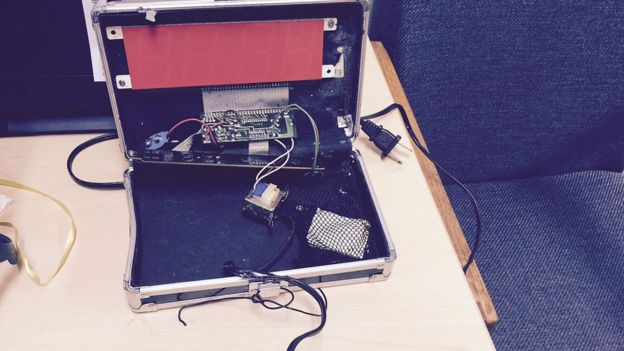 The Irving Police Department provided this photo of the homemade clock