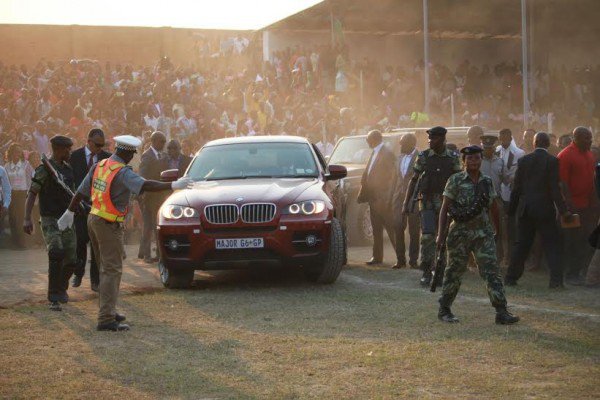 Information sourced by FaceofMalawi indicates that three senior Police officers in the Northern City of Mzuzu have been sent on force transfer for providing Prophet Shepherd Bushiri tight security equal to that of the President.

Bushiri, currently based in South Africa was in the country for a two day-crusade held in Mzuzu which attracted thousands of people.

Bushiri was offered VIP security equal to the Head of State and a Police brass band from Zomba marched the streets of Mzuzu city. The development is said to have sparked commotion within the Mutharika’s administration hence the transfer.

According to information at hand, Malawi Police Service (MPS) Inspector General Lexten Kachama has moved Commissioner of Police for the Northern Region, Stach Maundala to Police headquarters in Lilongwe to head the audit and inspection department.