Madeline Stuart has proved her physical strength is just as powerful as her social influence.

The 18-year-old model competed in the Noosa Triathlon on Queensland’s Sunshine Coast late last month, weeks after she lit up the runway at the Sunshine Coast Fashion Festival.

Madeline, who will celebrate her 19th birthday on Friday, competed alongside her friends in the coveted event, a smile plastered across her face. 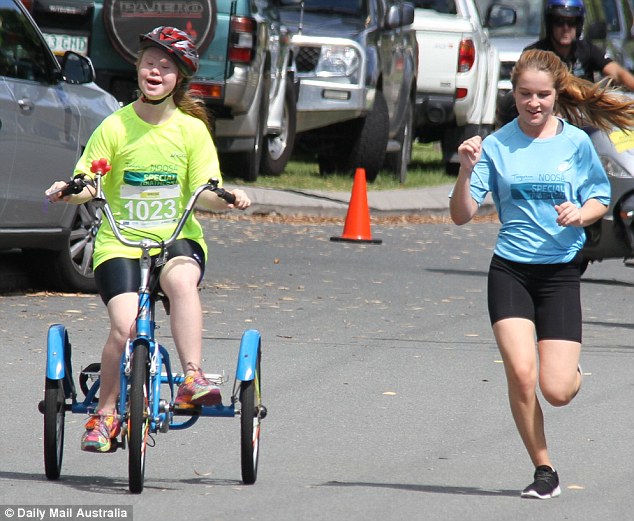 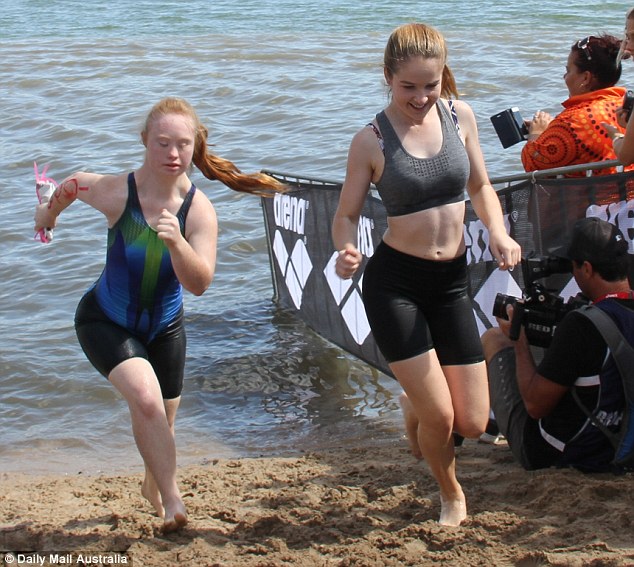 Determination: The 18-year-old model proved her physical strength is just as powerful as her social influence 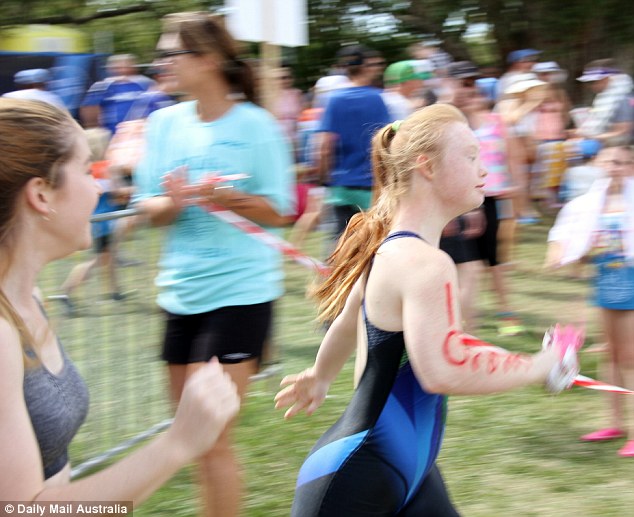 From runway to running: Madeline was the second model with Down syndrome to walk the New York Fashion Week catwalk

Madeline made global headlines earlier this year as the second model with Down syndrome to walk the New York Fashion Week runway.

The fashion powerhouse from Brisbane brought the crowd to a standing ovation as she walked in a fitted couture gown.

More importantly, she helped change society’s perception of people with a disability.

Madeline’s mother Rosanne told Daily Mail Australia she had already been invited back to New York, as well as Tokyo and Milan, to walk in fashion week, but Madeline’s career was so much more than the glitz and glamour of the runway.

Standing ovation: Madeline brought the crowd to its feet, and made global headlines, when she walked the runway at New York Fashion Week in a beautiful couture gown 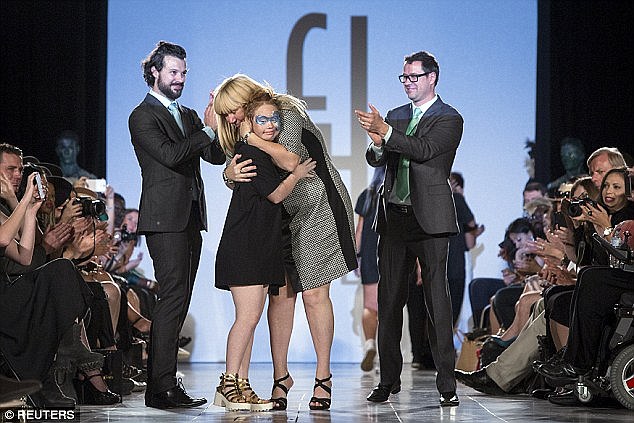 A mother’s love: Madeline’s mother, Rosanne, held her daughter tight after she took to the catwalk in New York 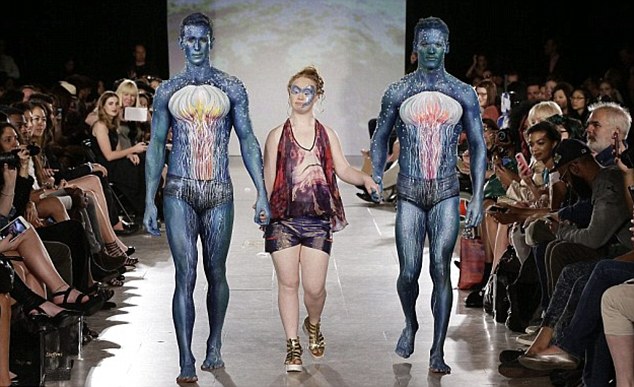 Making the change: ‘This is 100 per cent about inclusion and changing society’s view on disability’

‘This is 100 per cent about inclusion and changing society’s view on disability,’ she told DMA.

‘We have changed things, you can see now there are so many more people with disabilities in the spotlight.

‘I think the way that the people in New York treated Madeline, they treated her so beautifully and were so accepting of her, that has been really wonderful.’ 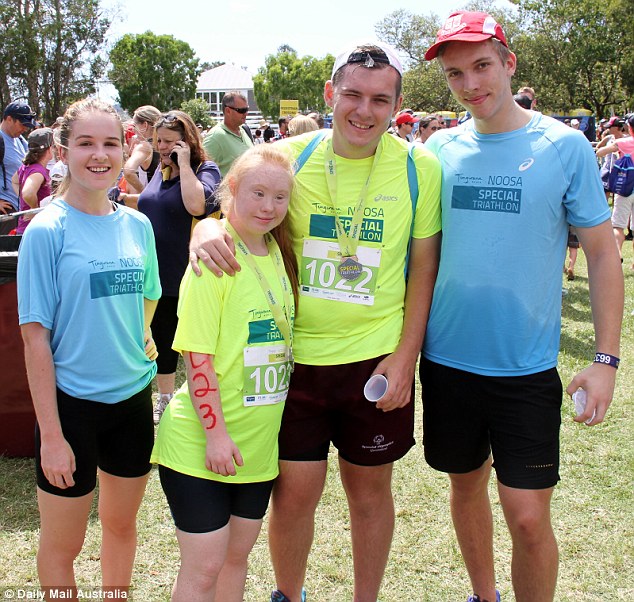 Happy time: Madeline smiled alongside her friends after she competed in the grueling race 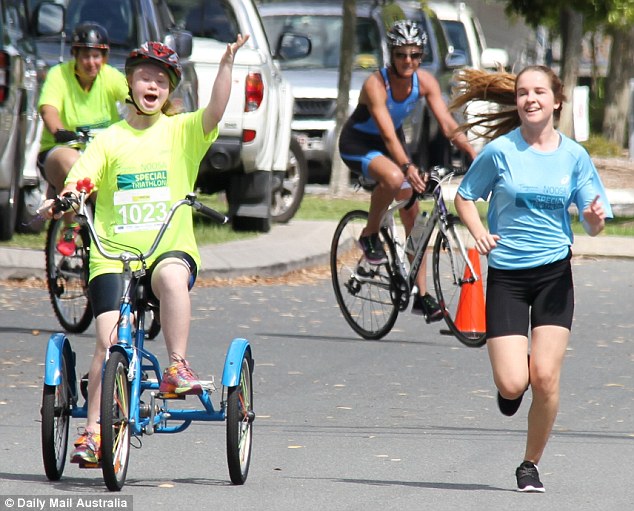 Fit and healthy: Madeline previously lost 20 kilograms by swimming, training for the Special Olympics, cheer leading and hitting the gym 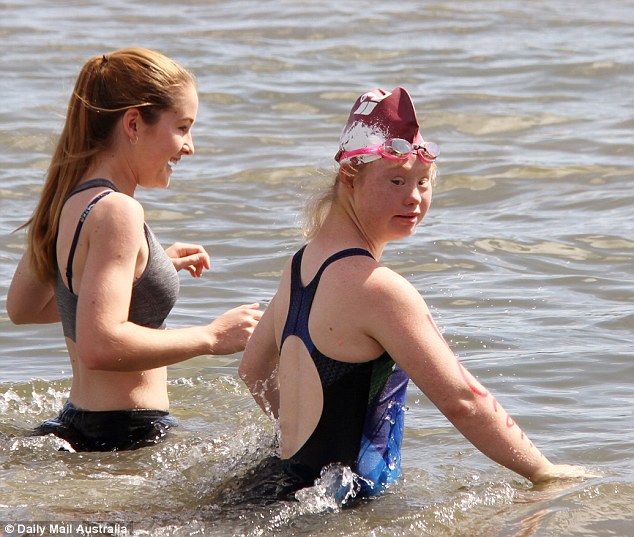 Race to the finish: The 18-year-old model has helped change society’s perception of people with a disability

Australian model with down syndrome is redefining beauty

Madeline’s rise to the top did not come overnight, as she worked hard to break in to the industry once she realised her dream.

Ms Stuart said Madeline lost 20 kilograms by swimming five times a week, training with the Special Olympics, cheer leading, basketball, gymnastics and hitting the gym, and while her busy travel schedule meant she was not able to compete in as much sport, she still worked out abroad.

Her flair for fitness showed when she competed in the Triathlon as she powered through the 300 metre swim, 5 kilometre bike and 1 kilometre run as part of the Special Tri. 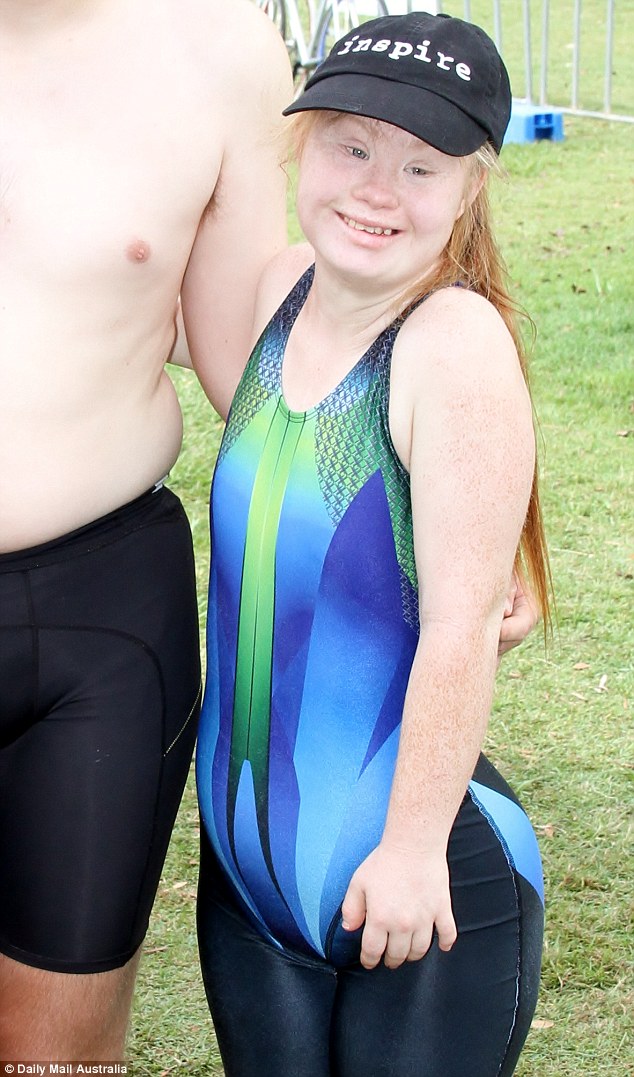 Inspire: Madeline wore a black cap on her head with the word ‘Inspire’ embellished across the front 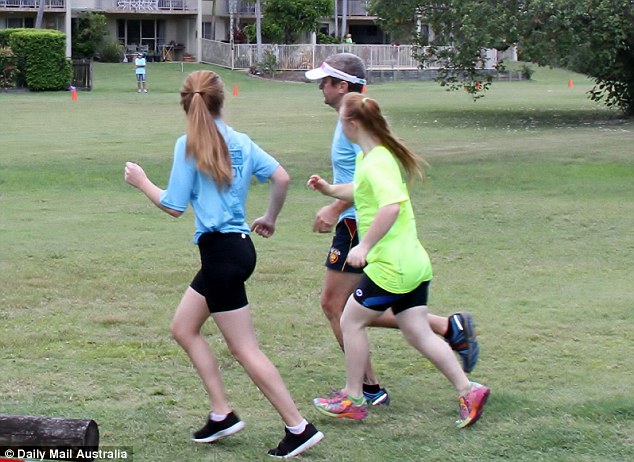 Pushing through: The Brisbane local keeps fit by hitting the gym when she is travelling overseas

It was the third time Madeline had competed in the event, and while she did not beat last years’ time, she still ‘had a ball’ taking part alongside her friends.

Ms Stuart said she and Madeline would leave again on Monday for a working trip overseas, but before they jetted off, Madeline would celebrate her 19th birthday on Saturday with a charity event for I Can I Will.

Madeline is the ambassador for the charity that aims to change the lives of children with special needs by bridging the social gap, as well as the dance ensemble Inside Outside that holds free classes for young people with a disability. 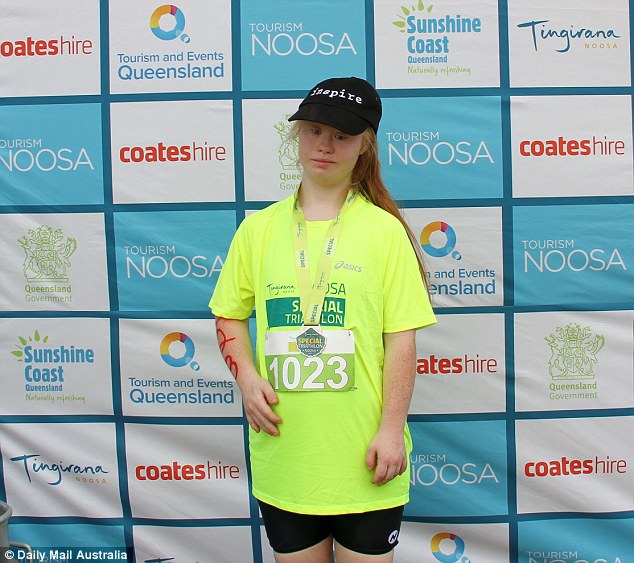 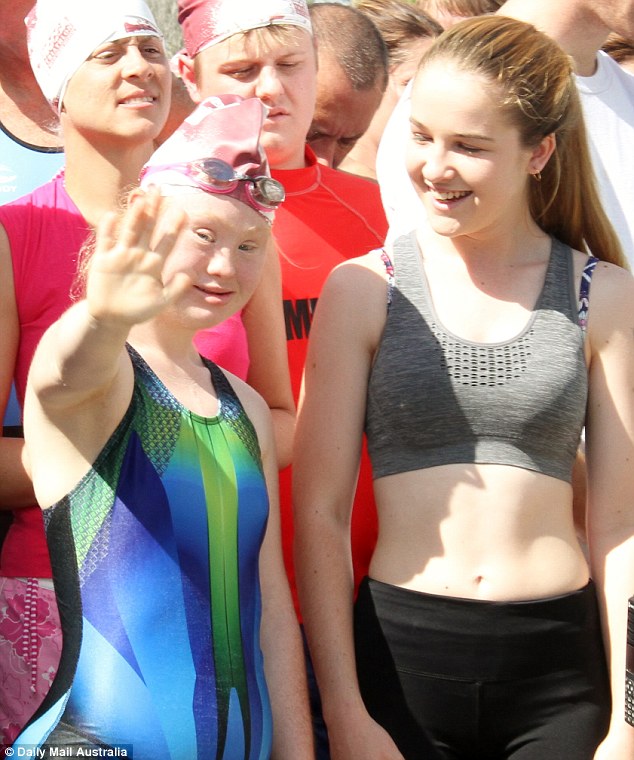 Despite having been home in Australia for just three weeks, Ms Stuart said Madeline was ready for her next adventure.

On Monday the duo will leave for the US before jetting to Sweden, and next year’s schedule will see them home for six weeks out of 52.

The fashionable teen is also due to launch her own clothing line in early 2016 through her Facebook page selling leggings, crop tops and split skirts – Madeline’s style staples. 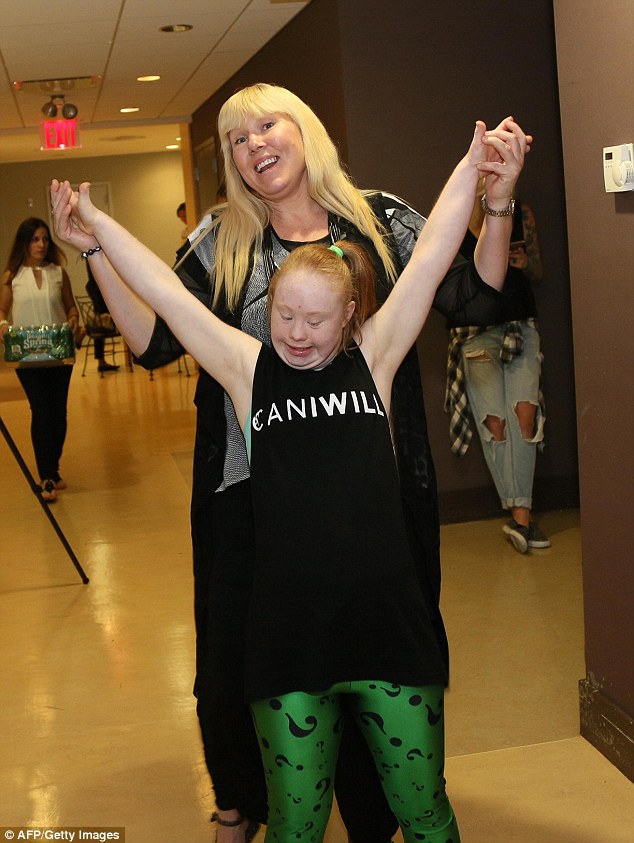 Face of change: She is ambassador for the charity I Can I Will that aims to change the lives of children with special needs by bridging the social gap 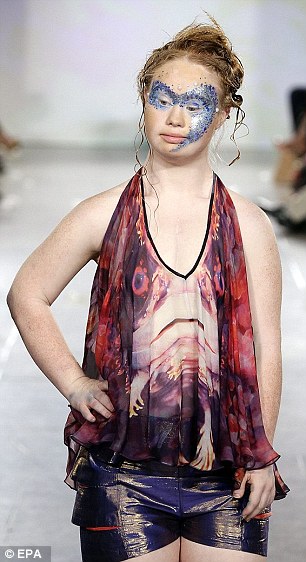 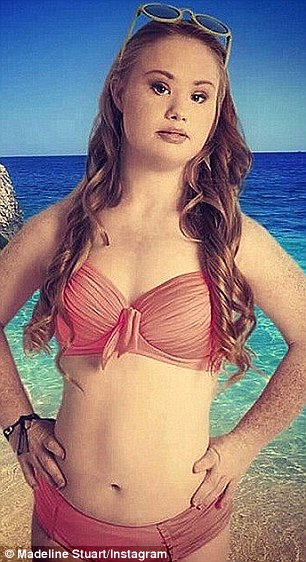 On the runway: Madeline walked in New York Fashion Week (left) and posted this bikini photo on Instagram (right) 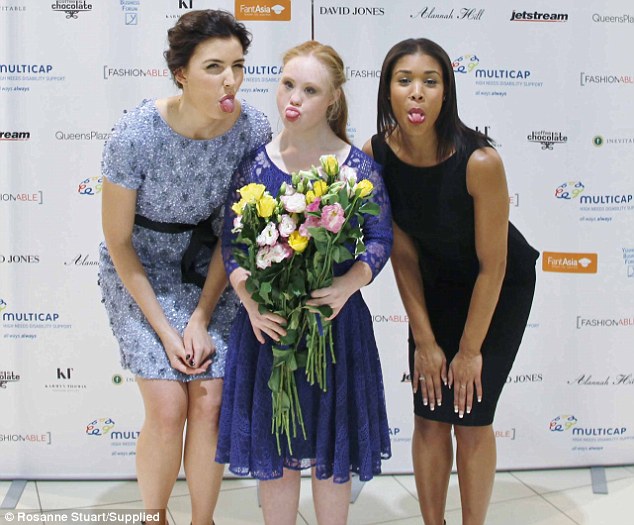 Cheeky: Madeline took part in fundraisers for the Endeavour Foundation and Multicap

While her modelling career and charity work takes Madeline overseas for much of the year, she is still close with her longtime boyfriend Robbie Streeting.

The pair, who have been dating for the past two years, met through their involvement in the Special Olympics and keep in touch through Skype and Facetime.

‘They have a lovely relationship, he’s very sweet and he adores her,’ Ms Stuart said. 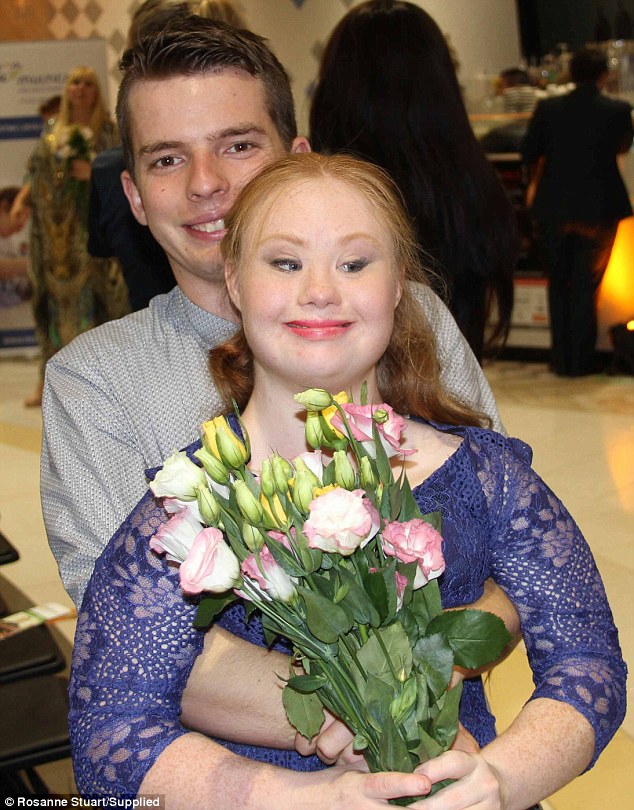 Young love: Robbie Streeting and Madeline Stuart keep in touch through Skype and Facetime when she is away 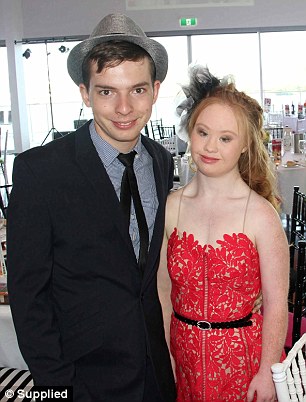 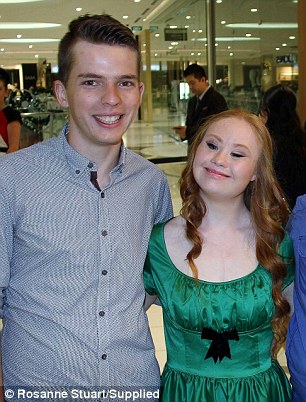 Together: Madeline and Robbie attended a charity event for the Endeavour Foundation on Melbourne Cup day (left) 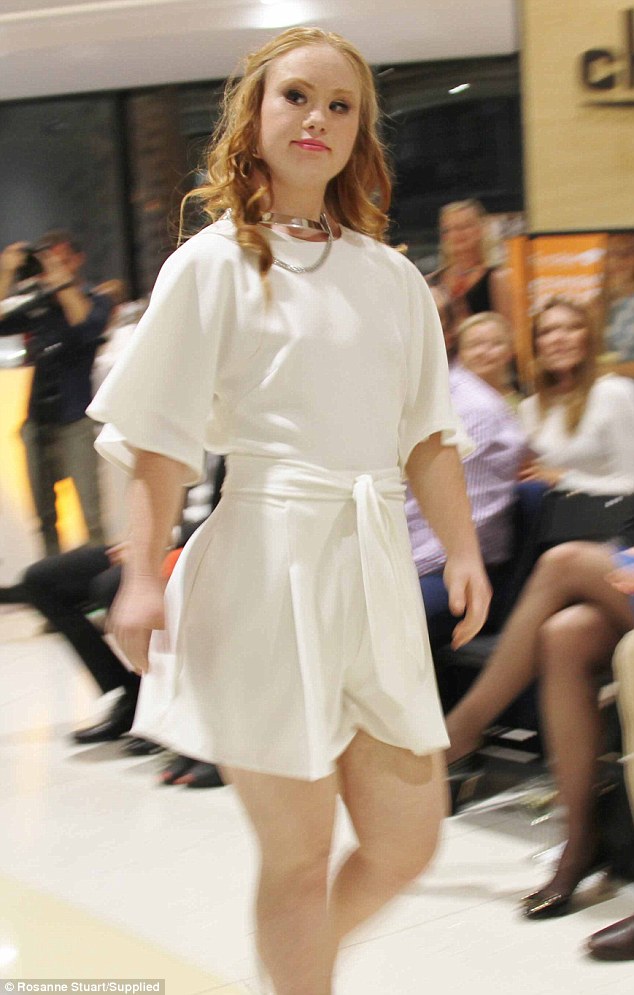 Beautiful: Madeline modeled for a Multicap Fundraiser at David Jones in Brisbane