A popular native doctor in Nigeria reportedly died on top of a commercial sex worker in the town. 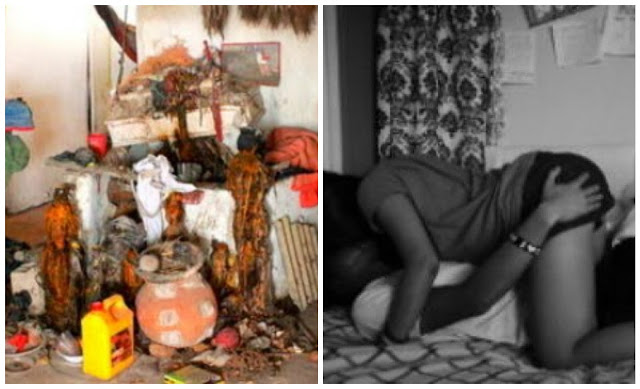 According to eyewitnesses, the herbalist, who was identified as Lambert Osigwe, died while having s*x with a s*x worker whose name was given as Onyinye Nwosu in a local brothel in Anara main market.

Eyewitnesses recounted that the victim was a regular customer of the harlot who had allegedly offered to give him free s*x that day even when he said he had no money.

An eyewitness who pleaded anonymity said,

“Onyinye Nwosu is a whore who plies her trade in a local brothel in Anara, Isiala Mbano LGA and one Mr. Lambert was one of her good customers whose patronage kept her in the business.

“Most times and for unknown reasons, he came to buy used condoms with sperm from the prostitutes and at the same time, patronised his regular customer, Onyinye. On this fateful day, he just came for nothing because according to him, he had no money.

“But Onyinye still offered him free s*x service. The man started the enjoyment but could not finish as he suddenly started shaking and jerking, and eventually died on top of the s*x worker.”

Punch reports he explained that the brothel management held the prostitute to explain what happened as she was accused of using charms on the unfortunate Lambart.

They quickly Police, who detained her in their outpost cell.