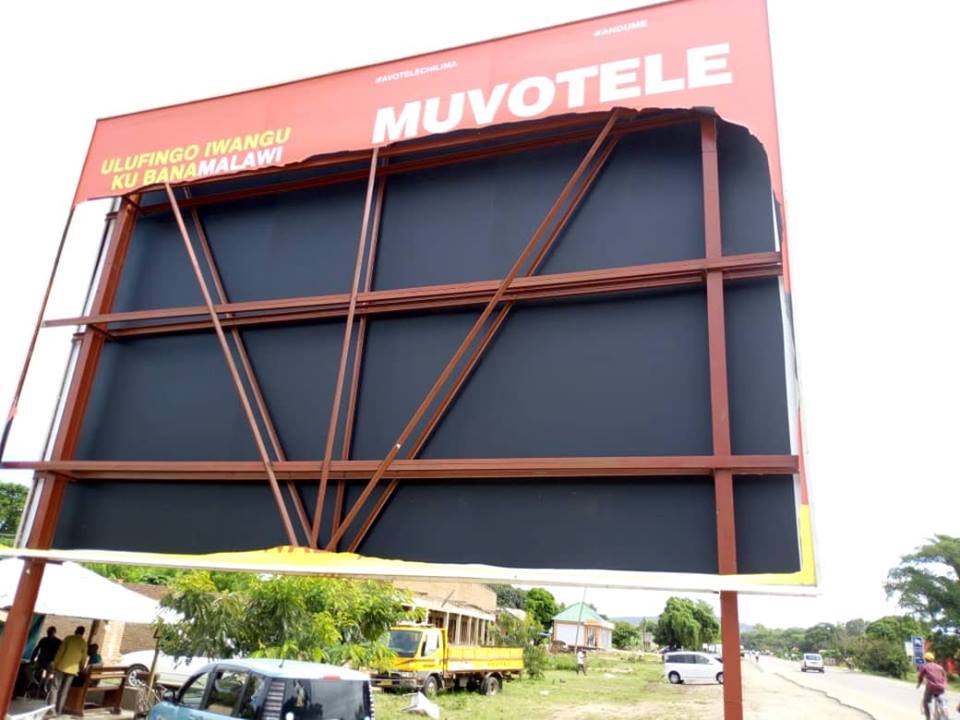 Unknown people have vandalized a UTM billboard bearing the name of the party’s torchbearer Dr Saulos Klaus Chilima in Karonga.

The billboard was elected at Kwacha roundabout in the close to Robins Park in Blantyre.

According to Malunga, the billboard was placed side by side with that of President Peter Mutharika opposite Karonga Magistrate court.

Malunga has since accused the ruling DPP of being behind the act.