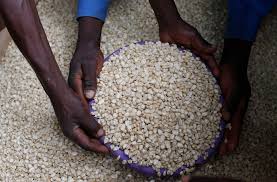 Malawi food security outlook update for June 2019 to January 2020 indicates that maize prices continue to be abnormally higher despite that overall national crop production is expected to be slightly above average.

The food security update by Famine Early Warning Systems (Fewsnet) published Saturday says the higher prices are due to production shortfalls in the Southern Region, thereby, increasing demand on the market.

The report says the projected prices are estimated at 20 percent above last year’s prices during the same period.

“Overall food security outcomes in Central and most of Northern Malawi are favourable with minimal outcomes present and anticipated to prevail through January.

“Stressed outcomes are most likely for Southern Malawi districts in the post-harvest period due to below-average harvest and income with typically high market prices. Crisis outcomes are anticipated to emerge in some Southern [Region] districts starting in October 2019 and persist through January,” the report reads.

International Food Policy Research Institute says the average retail maize price increased to K163 per kilogramme (kg) in May 2019, up from the minimum farm-gate price of K150 per kg, which is also K65 per kg higher than in May 2018.

Commenting on the report, Economics Association of Malawi President, Chiku Kalilombe, said this should not raise an alarm on prospects of inflation of commodities.

“There is an inflation basket where food is also there and accounts for a percent of total inflation. So, if maize prices go up by 20 percent, it is not like inflation will also go up by 20 percent. But if we had a complete shortage of the maize, then that could cause a strong alarm,” he said.

Kalilombe said there should be close monitoring of market trends but was quick to say the situation was manageable.

“There is already an appeal from the government for assistance to floods survivors. If the appeal is honoured, it may cushion the demand for food on the market and avert a possible inflation,” he said.

Reacting to the report, Agriculture Development and Marketing Corporation spokesperson, Agnes Chikoko, said they stabilise maize prices by, among others things, opening remove up their depots in time and enforcing farm-gate prices set by the government.

“We enforce farm-gate prices set by the government and by doing so, farmers are protected from selling to vendors who buy with low prices,” she said.

Currently, most households across the country are consuming own food as they started accessing the harvest in March.

However, according to the report, households in areas affected by floods especially in the Southern Region had limited harvests.

Close to 90,000 people were displaced and 60 deaths reported