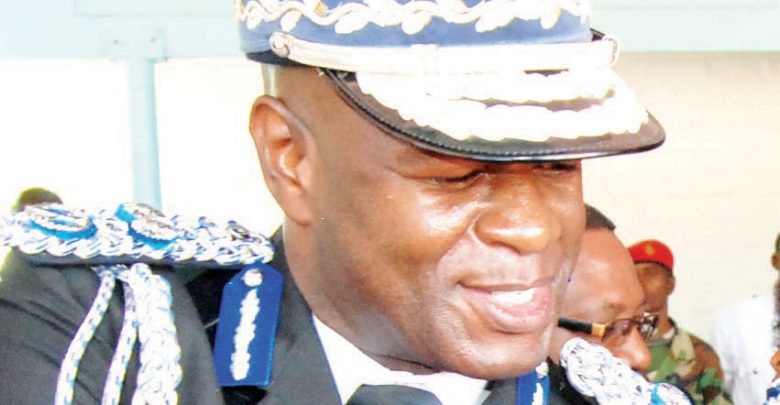 Newly appointed acting Inspector General of police Duncan Mwapasa has rebuffed shoot to kill rumors that are making rounds on social media media his engagement with officers in Charge across the country.

Ahead of the planned Anti-Ansah demonstrations, the IG engaged OCs from all police stations across the country to discuss on how men in uniform are going to handle and contain the intense situation.

Following the alleged IG meeting with OCs, social media was filled with news that the IG has ordered the police to use live bullets to the protesters as one way of adhering to President Mutharika’s threat of meeting protesters with force.

In his remarks Mwapasa has said there is no such order from him saying those spreading such rumors are the ones claiming that the relationship between between police and the public is sour.

Concurring with Mwapasa, minister of homeland security Nicholas Dausi said there is no such order to the police.

National police spokesperson, James Kadadzera, denied that such a meeting took place, adding that the police headquarters holds meetings daily, wondering how people could single out a particular one.

On the alleged directive, Kadadzera said the police hold that, in the aftermath of the May 21 Tripartite Elections, Malawi has not had peaceful demonstrations but rather riots.

“What we are having are riots or acts of aggression and not demonstrations. We have seen people lying that they will conduct peaceful demonstrations but the contrary has been happening. There has been looting, injury and damage to property due to these unlawful assemblies. So, from now going forward, we would deal with situations as they come,” Kadadzera said.

However, the organizers of Anti-Ansah demonstrations Human Rights Defenders Coalition (HRDC) have said they are not moved by threats.

Mtambo said Mwapasa’s order was just an extension of what President Peter Mutharika said in Mangochi District last week when he ordered Malawi Defence Force and the police to deal with purpoted protesters at the country’s borders and airports.