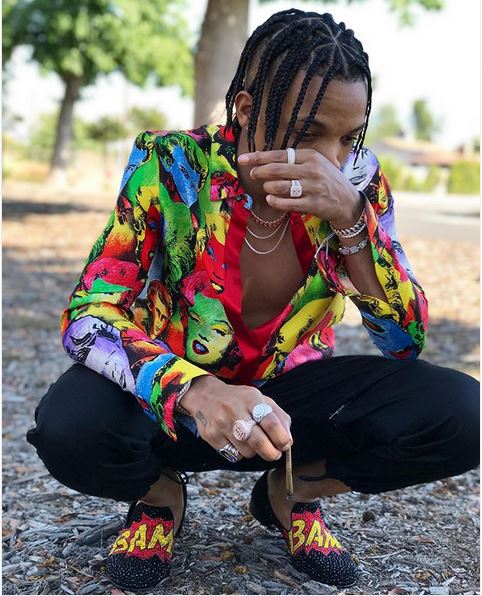 Officers from the Lagos State Police Command claim that the artist breached public decency laws after having an outdoor advertisement put up of semi-nude women. According to Daily Post, Tekno was questioned for several hours at the State Criminal Investigation and Intelligence Department (SCIID) in Panti, Yaba before he was finally released because of ill health.

Last week, the “Choko” artist was in hot water after a video of him and semi-nude women dancing within a glass-enclosed truck went viral on social media, Nigeria’s Legit reports.

Following considerable backlash, the artist took to social media to clear the air and explained that he was in the midst of shooting a music video.

“We were shooting a music video, and we had a shortage of vehicles to convey people to the next location because some of the cars broke down in between the shoot.” He added that, “We respect the decency in Lagos and as much as we are entertainers, we are always mindful of what we have and don’t jeopardize it.”

The Lagos State Signage and Advertisement Agency has since suspended Pro-Vision Media Systems Limited, the advertising firm working with Tekno, pending an investigation into whether the parties involved are in fact guilty of public indecency and going against the criminal code.

Providing comment on the artist’s arrest, Deputy Commissioner of Police, Yetunde Longe, said that, “Yes, we invited him for questioning but we did not detain him because of his health. He was advised to report to the police whenever he was needed. Investigation is still ongoing.”