The couple have been married for five years and have four children – North, aged six, Saint, aged three, Chicago, 20 months, and Psalm, four months – together, and in a new interview, the Heartless rapper has remembered what it was like when they met each other for the first time over a decade ago.

He said: ‘Any time I was around her and I saw her, it was magnetic attraction to this force of energy. She was good, pure, happy, loving, brave, courageous, strong,’ according to E! News Magnetic Connection: Kim Kardashian opens up on E!’s True Hollywood Story about meeting her husband and how the world was working against them because she was a ‘reality star’ 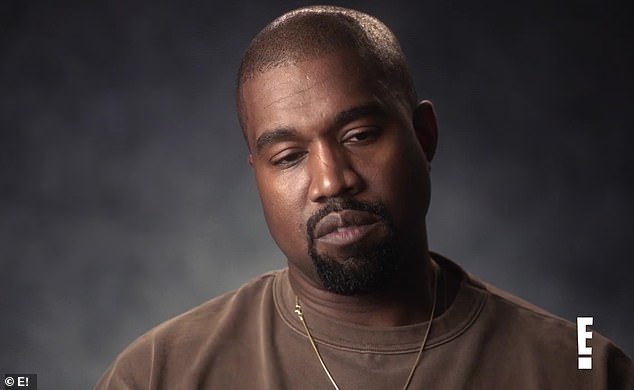 Kim, 38, and Kanye, 42, met in 2002 when the Keeping Up with the Kardashians star was married to her first husband Damon Thomas, and while the pair didn’t begin dating until much later, Kim – who was also married to Kris Humphries from 2011 to 2013 – insists the rapper was always interested in her.

She said: ‘I met Kanye in 2002. He would ask everyone who I was, and they always said like ‘Oh, she has a boyfriend’. We just always kept on connecting and coming into each other’s lives. Then, he invited me to Paris to his fashion show, and that’s when it happened. That’s when we started our relationship. And I was like ‘S**t, why didn’t this happen sooner?’It was just right.’

But their path to true love hasn’t been easy, with many critics early in their relationship claiming Kim would ‘ruin’ Kanye’s career. 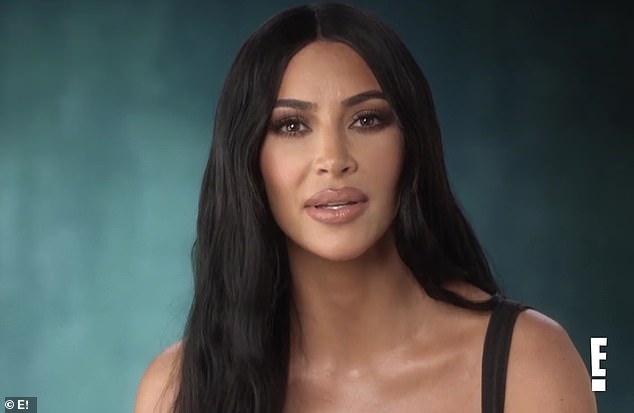 Back then: She said they met back in 2002 and claims Kanye ‘would ask everyone who I was’ but Kim was always in a relationship 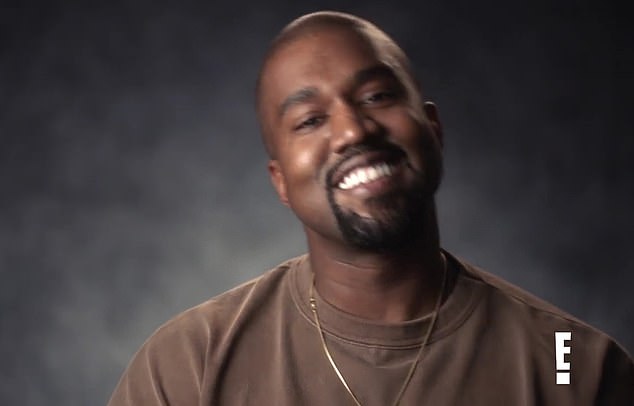 Doesn’t matter: People told Kanye Kim would ‘ruin’ his career if he went for the Keeping up with the Kardashian’s star 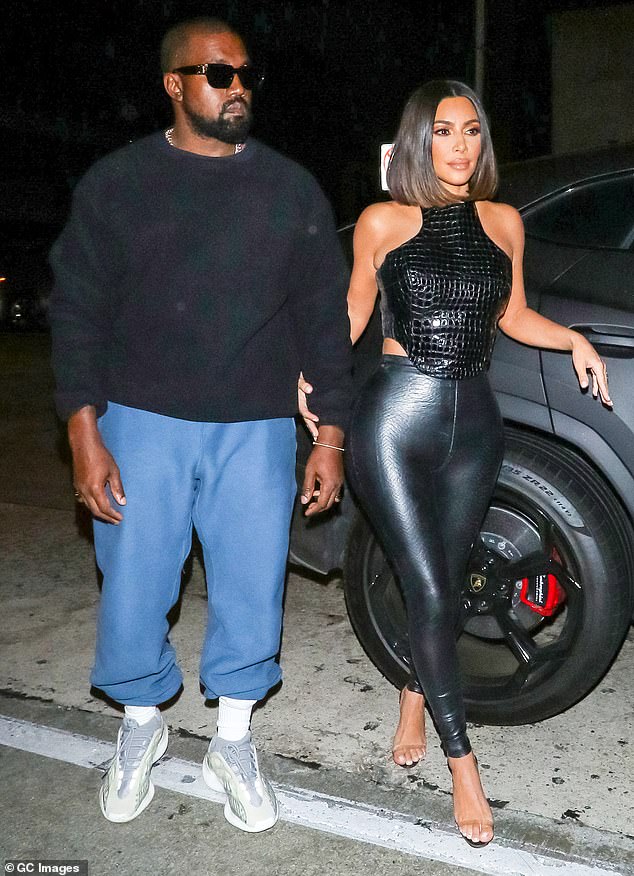 Out and about: Kim and Kanye step out hand-in-hand in black outfits while out back in July of this year

Speaking in a preview clip for an upcoming episode of True Hollywood Story, the SKIMS shapewear founder added: ‘I mean, everyone would tell him ‘You can’t be with her, she’s a reality star. She’s going to sink your career!’ And he was just like ‘But I love her. Like, I don’t care’.’

Kim’s famous sisters Khloe and Kourtney along with her best friend Jonathan Cheban also make an appearance with sit-down interviews of their own.

The couple’s interview on the E! True Hollywood Story will air in Sunday’s episode, and will explore Kim’s path to superstardom. 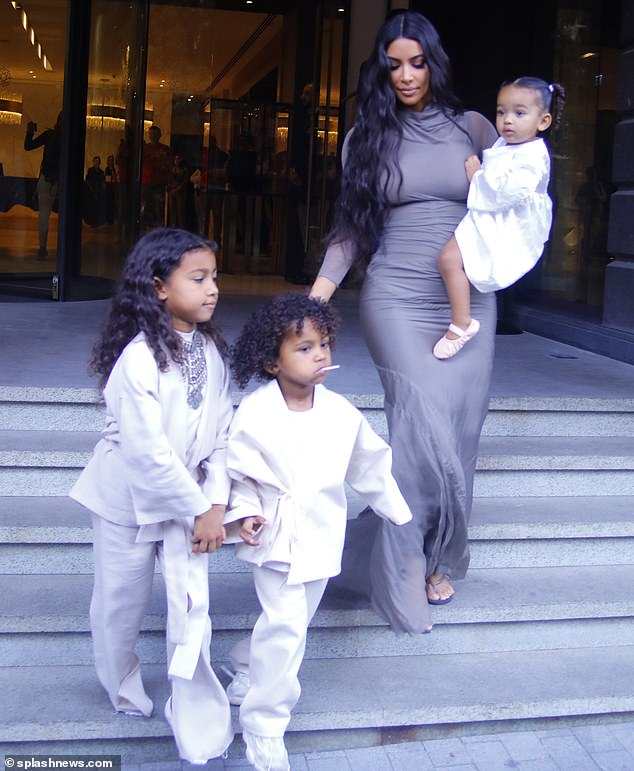 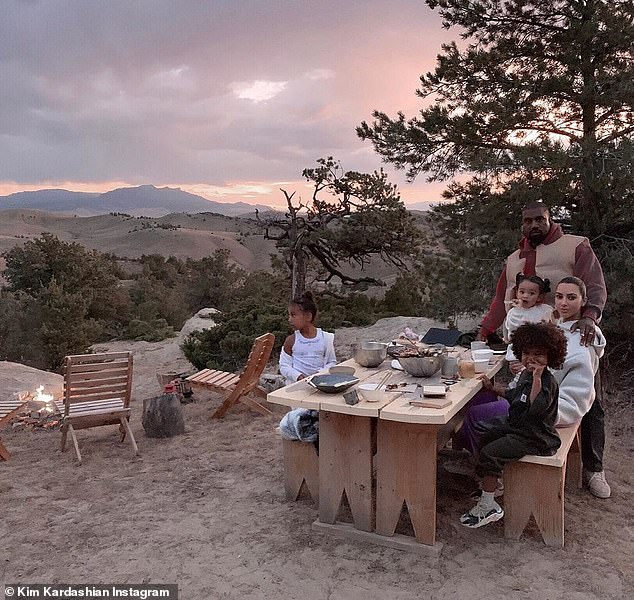 New home: The West’s post while having dinner at their new family ranch in Wyoming

The Kardashian-West family recently made a pretty big purchase for their family’s future.

While on The Tonight Show Starring Jimmy Fallon, the reality star called her new $14 million dollar ranch ‘an amazing place’ before adding: ‘My husband did just buy a ranch there. His dream and his vision is to move there. I love L.A., so I envision summer, I envision some weekends, but yeah, we love it. It’s the prettiest place you’ve ever seen in your entire life.’ 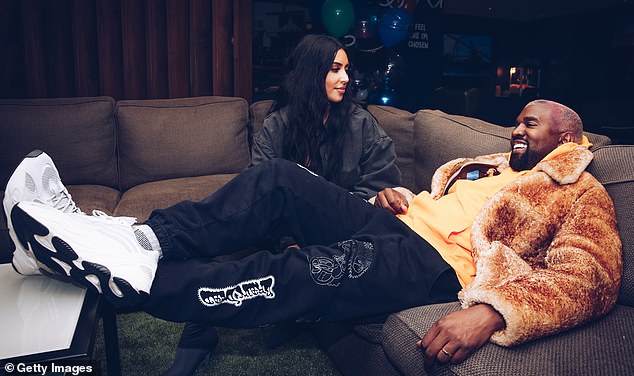 In love: Kim and Kanye share a laugh together while hanging out on the couch awhile back