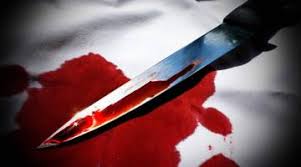 A Plumtree man who brutally killed his workmate by stabbing him 11 times with an okapi knife, including on his genitals and stomach leaving his intestines protruding, has been sentenced to 30 years in jail.

A 31 year-old, Kholisani Jabulani Nyoni of Nubobs 27 Mine in Mphoengs,south province of Zimbabwe indiscriminately stabbed a 32 year-old, Mnqabeli Sibanda on the shoulders, chest, private parts and stomach resulting in him bleeding to death.

“This is one of the most horrific murder cases I have handled in this court. The accused person stabbed the deceased 11 times and he was later found lying with his intestines exposed. The accused’s conduct was savage and brutal and there is no doubt the deceased suffered a slow and painful death,” he said.

The judge said the courts have a duty to protect the sanctity of human life through passing harsh and lengthy sentences. “Human beings should not be subjected to this kind of brutality and disputes should be resolved amicably. Although the accused person was provoked this murder was committed in aggravating circumstances. The accused person mutilated the deceased before causing his death and his moral blameworthiness is very high,” said Justice Makonese.

“The punishment must therefore fit the offence and the ends of justice. A lengthy custodial sentence is appropriate in the circumstances. Accordingly, accused person is sentenced to 30 years in jail.”

The prosecutor, Mr Bruce Maphosa, said on September 25 in 2017 at around 10PM, the deceased and Nyoni were seated at a fireplace at Nubobs 27 Mine while their workmates had already retired to bed.

“The accused person left the deceased seated by the fireplace and went to his tent. When he got to his tent, he had a misunderstanding with one Mokolobetsi Johane Ndlovu and a fight ensued during which Nyoni produced an okapi knife,” said Mr Maphosa.

The court heard that when Sibanda heard the noise, he went to the tent and pleaded with the accused person to desist from the fight.

Nyoni turned on Sibanda. He kicked him once on the head and he fell down while Mokolobetsi ran for his life leaving the deceased at the mercy of the accused. Nyoni stabbed Sibanda all over the body with the knife.

Nyoni fled from the scene and hid in the bush. The following day, the deceased was found by a workmate, Mr Nicholas Nyathi lying in his tent with intestines protruding from his stomach.

Sibanda narrated his ordeal to Mr Nyathi and he notified other mine workers and they apprehended Nyoni and took him to the police station leading to his arrest and a blood-stained knife was recovered from him.

In his defence through his lawyer, Mr Thembalami Khumalo of Ncube and Associates, Nyoni said he was provoked and heavily intoxicated and tendered a limited plea to a lesser charge of culpable homicide