LESOTHO – Health officials in the mountain kingdom have told Eyewitness News the woman displayed symptoms associated with the virus when she recently crossed the Ficksburg border. 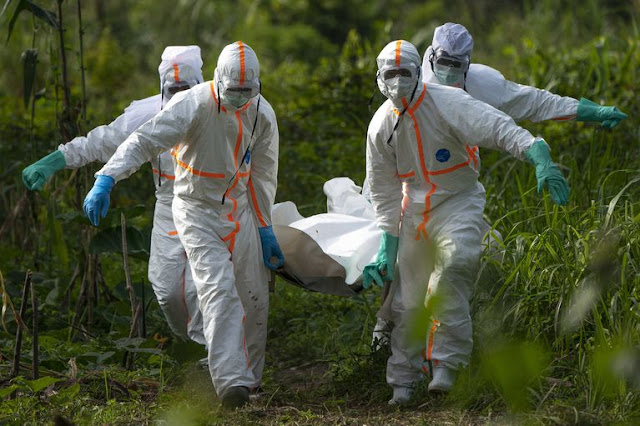 She was rushed to hospital where tests confirmed she had contracted the virus.
Lesotho health officials said that their counterparts in Johannesburg had confirmed that blood and urine samples of the woman suspected to have contracted ebola tested positive.
She claimed that she came into contact with a Democratic Republic of Congo national while in South Africa and that both of them developed symptoms of the virus.
It’s not clear where the DRC citizen is now.
The Lesotho health ministry is expected to provide further details on the case on Thursday morning.

The US Agency for International Development recently announced multi-million dollar funding to fight Ebola in the DRC where the virus has claimed thousands of lives in the past year.

Signs and symptoms typically start between two days and three weeks after contracting the virus with a fever, sore throat, muscular pain, and headaches.[1] Vomiting, diarrhea and rash usually follow, along with decreased function of the liver and kidneys.
At this time, some people begin to bleed both internally and externally.[1] The disease has a high risk of death, killing 25% to 90% of those infected, with an average of about 50%.
This is often due to low blood pressure from fluid loss, and typically follows 6 to 16 days after symptoms appear.