“It’s not the size of the boat it’s the motion of the ocean.”

This sexual wisdom is passed around in this and a variety of other formations. 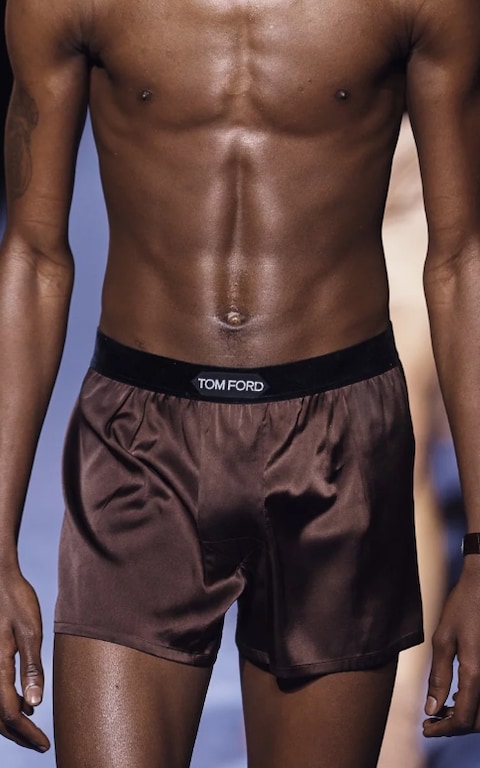 But as a man in a porn-drenched world filled with monstrously hung men, it’s apparently hard to not compare. Can you seriously not judge yourself if you look over and the man in the next urinal has to use both hands to keep his member from touching the bowl?

Judging ones genitalia is something that happens whether we care to speak about it or not and men and women are equally guilty of feeding this insecurity.

Male reactions to notions of penis size tend to vary.

Some guys seem happy to work with what they have. According to Nigerian Casanova it is all about the “pepe that you bring to the bedroom that sets the mouth alight.” Others like to wax lyrical about having a third leg. Others, still, have been known to immediately respond “I am not gay”, misunderstanding the question posed; but we all do what we can.

Women of course don’t hesitate to chime in with their views, and while many maintain that size does not matter – it is how the ‘man puts it down’ – there are those who claim they’re not interested unless it looks like it has been genetically modified.

Most of the women I spoke to opted for the middle ground. As one respondent put it, “enormous penises are a nightmare of pain and small penises are the devil.” There are horror stories of condoms slipping off and of penises being too large to occupy the space afforded them.

One can think of the average member like a bowl of porridge in Goldilocks and the Three Bears: it needs to be just right.

But how can a man be sure he’s “just right” for any lady?

There are enough men trying to get bigger for it to be big business pretty much everywhere in the world. In South Africa, the penis enlargement business is reportedly spearheaded by African foreign nationals.

Penis enlargement and sexual enhancement products hail from countries such as Tanzania, Uganda, Kenya and Nigeria, according to the Mail&Guardian. However, this does not mean there is no competition from South African owned companies, with prices can even be compared on Price Check. Mr Thick Dick Penis enlargement cream will cost you less than Developpe Sex Natural Male Enhancement Penis Enlargement Cream.

Depending on the strength of the medication and shipping costs, prices can range from R200 – R1 500, with products coming in a variety of forms, including powders, pills and lotions. More mystical remedies can set you back upwards of R5000.

To find out exactly how easy it is to acquire these remedies, I placed a few calls under the guise of needing ‘penis enlargement pills for my husband’.

An initial text message inquiry about one product was followed by the seller replying to authorise my interest after which he proceeded to call me a total of 4 times and send a further SMS asking ‘where I had gone to’.

Despite the borderline desperation of this particular supplier the business itself seems to be fairly lucrative with people being interviewed saying that business was ‘good’. One man interviewed by researchers from the University of the Witswatersrand said he’d managed to buy a car with the proceeds from selling this stuff. Finding men willing to discuss their actual use of penis enlargement creams is a little difficult, in my experience.

Contact details are prominently displayed on suppliers’ websites, with mobile numbers and email addresses provided, one particularly memorable one being ‘[email protected]’

One site says their cream works by increasing blood flow to the erectile chambers, and that over time the chambers themselves will begin to expand and create “larger, thicker and more powerful erections.”

For those who prefer East African remedies there is the 4 in 1 Masai gel enlargement with a 30-day money back guarantee.

Having contacted a number of suppliers, the key word that kept coming up with respect to ingredients was “natural”. One Ugandan supplier said his creams were made from herbs that he sourced from the Rwenzori mountains and Zanzibar island. A complete pack – cream to rub on and powder to put in hot water (or a cup of coffee) would cost me R1000.

Another supplier told me his product, called Full Bahaza, was made by a ‘herbalist group’ and would set me back R800.

Both assured me they could rely on the postal service to deliver their products wherever there were customers in South Africa, although one other supplier said “someone will meet you with the product.”

Do they work? Is the Pope Jewish?

Every so often, one of the spiritual healers peddling these products is arrested, not for the inefficacy of their products or for selling the stuff in the first place, but for not delivering ‘the goods’.

However, even if the goods are delivered, they are unlikely to work. And most people are sceptical that they do, anyway. In research done within Gauteng more than half (51 per cent, to be precise) of those surveyed were convinced the products would not give a person the anaconda that they were hoping for. And for those who aren’t sure there are sites warning of the pointlessness of buying and using anything from sites like Men’s Clinic.

But regardless of the inefficacy of these penis enlargement creams, pills and powders, or the fact that size doesn’t matter to most women, so long as penis size continues to be a concern for men there will be some desperate enough to try anything for a bigger unit.

Credit : This Is Africa Carer who was in UK illegally left woman, 89, to die naked on cold tile floor