It is rather not an uncommon scene to South Africans from the conservative Zulu origin, seeing a multitude caught up in a seemingly ecstatic frenzy at the sight of a tall, black, large-bearded middle-aged male figure of average build. It is their ‘Black Jesus’, and watch as he is being worshipped by his followers.

A video has gone viral on social media, wherein, to an ordinary non-South African, shows bizarre and disturbing behaviour from a fair crowd as a male figure approached from an old Merc.

Old men, women, and kids bow down at the sight of a man, who is outwardly not giving them any recognition; showering him with praises mixed with words susurrated in a contemporary-Pentecostal prayer way. Absurd right?

Click to Watch : Shembe being worshipped as he entered a house.

Well, No. This is Shembe: uNyazi WeZulu, a South African version of the Christian Jesus or the Muslim Mohammed being revered upon by his following, usually identified as ‘abakaShembe or amaNazaretha” meaning African Nazarenes.

UShembe, UNyazi WeZulu, born, Mnindo Desmond Silawule Shembe is a South African popular and much respect public figure whose existence is as much important to black South Africans, as Jesus is Holy to Christians and Mohammad is the only true prophet to Muslims. Only in this instance, it is by Africans, for Africans and in an African way. 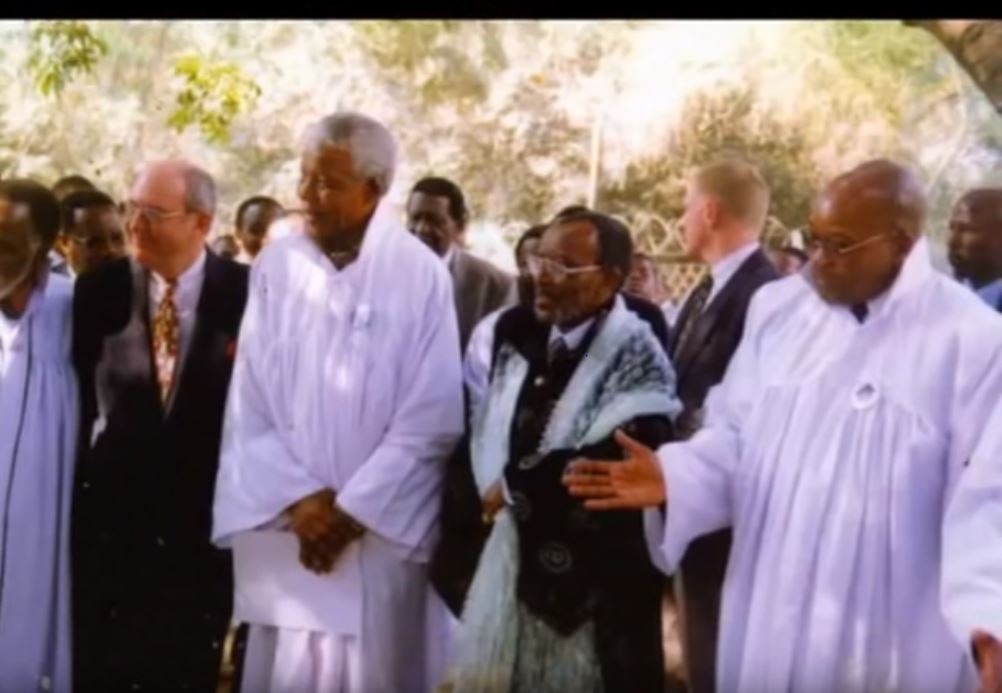 He is the leader of one of the second largest African Indigenous Religious groups called Nazareth Baptist Church founded by Isaiah Shembe (1865-1936) back in 1910.

It is believed, he- Nyazilwezulu, is a prophet who carries in himself, the spirit of God called Shembe, hence, in his being, he is a living God. And approximately 4 million members he leads, identify him as God or the carrier of God’s spirit, hence they give him so much respect such that even the South African Presidents, traditional leaders, and the police kneel at his sight.