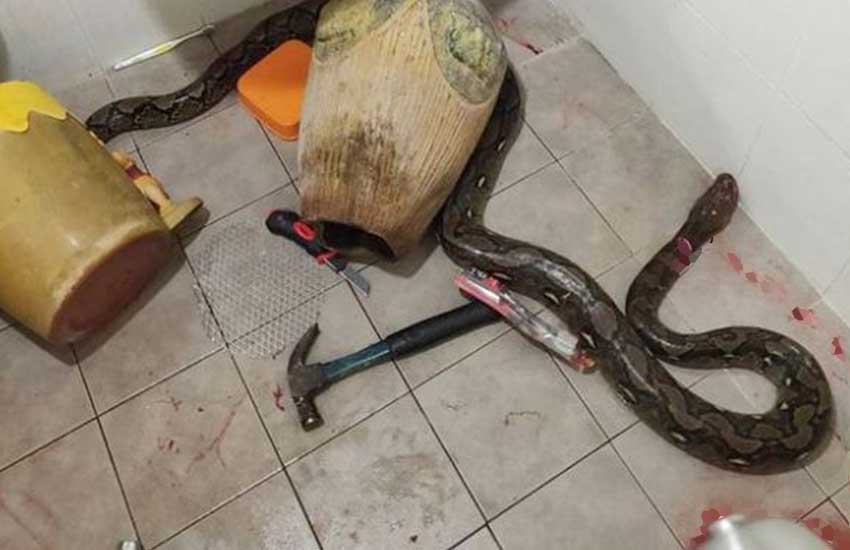 A woman battled with a snake in her bathroom after it attacked her as she sat on the toilet.

Horrific pictures show the bathroom walls and floor covered in blood after the reptile sank its fangs into her thigh.

Her daughter, Chunya Sittiwichai, took to Facebook to describe how the reptile had been coiled in the toilet before the nightmare incident unfolded in Thailand.

Chunya said her mother grabbed the snake by the head to try and loosen it from her thigh – but it tightened its grip as blood poured from her leg.

The woman screamed for her children to help before Chunya entered with a knife and hammer.

She explained: “My mom used the cutter on the snake but the skin was so rough that she accidentally cut herself about 3cm deep.

“My mom almost lost consciousness while the snake continued squeezing.

“I don’t know how but my mother finally got the snake to stop biting her.

“She pushed the head on the floor and screamed for my brother to get a hammer and after some hitting the snake finally stopped squeezing. My brother pulled her out of the toilet and locked the snake inside.”