Sustainable agriculture in Malawi dates back to the days of our forefathers. However, with rapid population growth that far exceeded economic growth, pressure on usage of chemical fertilizers and pesticides became an imperative coping strategy for the changing dynamics. Sadly, the consequences have been destruction of soil micro organisms, pollution of water bodies and biodiversity. The destruction of biodiversity has been aggravated by the rapid control of factors of production. Malawians have become destroyers of the very treasure that God has created for their comfort. 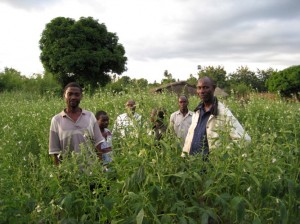 Today communities that lived on fresh fish from rivers and lakes can no longer find fish in the lakes and rivers. Some of the rivers have dried and some have been polluted. Seed of crops that were resistant to weevil attacks have been replaced by Genetically Modified Foods (GMO) for higher productivity; livestock is being fed chemically engineered stock feed that make them grow faster than their ages. Consequently, citizens who eat these chemically modified livestock are suffering from diseases like over weight and cancer, which medical doctors cannot explain. Virgin soils have become barren due to acidicification or alkalinity. Rainfall is irregular due to Climate Change and people cutting down trees for charcoal. The poor families are being marginalized into the periphery of the economy…

The GMO food when produced and harvested has to be dusted with pesticides to prevent it from weevil attacks. Eating habits have also changed to a monoculture with our traditional meal “Msima” also known as Fufu / Ugali / Papu every meal time without protein. This means the poor villager has been held hostage by the same people who produce the GMO seed, chemical fertilizers and pesticides for profit. What will the future generation inherit from us after the soils have become barren? It is our responsibility to work together and revive our culture. After the 1949 famine our forefathers developed coping methods which we have forgotten. Let us pick some of the good things and reintroduce them. We would like to work with organization like GAIA and UK Food Group.