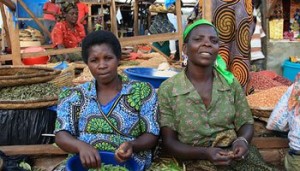 For 12 years now, the women around Tsangano in Malawi’s southern district of Ntcheu have put together their tomato harvest, selling some 20 tons at the outdoor markets that abound in Lilongwe, the capital. But they have very little to show for their hard work.

Ntcheu and its neighbouring districts, Dedza and Salima, have many smallholder farmers with large gardens overflowing with tomatoes and other vegetables such as cabbages, onions, carrots, green pepper and lettuce. These districts are the major producers of tomatoes in Malawi.

“We use most of the money from the tomato sales for the upkeep of our households. Some of the money goes towards paying school fees,” Virginia Kandiado, a member of the Tsangano agricultural cooperative, told IPS.

Kandiado and her 29 colleagues in the cooperative also own nurseries where they produce tomato seedlings, which they sell to other farmers in the district.

But now the members of the Tsangano cooperative want to go further and diversify from selling to processing vegetables. They think they could earn more if they canned the tomatoes and made jam and juice.

“We could make more money if we processed the produce. We are now working on securing a bank loan which would allow us to buy machinery for our new venture,” enthused Kandiado.

The members of the cooperative are not alone in this dream. The Malawian government is working on assisting women like Kandiado: at the end of March 2011, the country hosted a regional consultative meeting aimed at integrating women into trade activities in the agriculture sector as a way of improving production and enhancing food security within the region.

ACTESA coordinates the Common Market for Eastern and Southern Africa’s regional agro-inputs programme (COMRAP) and works with FEMCOM to ensure appropriate gender mainstreaming in these initiatives.

The meeting was held to promote the integration of women into trade and development activities in agriculture, industry, trade, services, fishing, mining, energy, transport, communications and natural resources, according to Emiliana Tembo, director for gender and social affairs at the Common Market for Eastern and Southern Africa (COMESA).

The acting secretary in Malawi’s ministry of agriculture, Erica Maganga, told IPS that the government is working on strengthening women’s networks among farmers, agro-dealers, agents and producers at national and regional level.

The ministry wants Malawian women to learn from women traders from other countries in the region on how best to strengthen their trade endeavours.

“As government we will continue to support all initiatives to help women excel in business and boost food security,” said Maganga.

The acting director of FEMCOM, Katherine Ichoya, said the meeting created awareness about how women in business can work directly with other women entrepreneurs in the region to participate effectively in regional trade.

She encouraged women to use FEMCOM as a go-between in their trade endeavours with each other.

“FEMCOM is intended to act as a forum for the exchange of ideas and experiences among women in business. Information-sharing about market opportunities is crucial for all women traders in the region,” said Ichoya.

The Lilongwe meeting set out strategies in enhancing partnerships among women traders from across the region and harmonising programmes for strengthening women farmers’ networks.

The members of Tsangano agricultural cooperative did not attend the meeting but they are eager about the opportunities that the meeting presents for women traders in Malawi.

“We will be asking the umbrella body for women traders and the government to make a presentation to our members so that we can benefit from what is going on within the region,” said Kandiado.