The long road to more mobile competition in Malawi 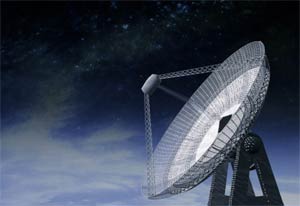 Malawi’s mobile penetration is less than half the African average, which means there is excellent growth potential once the market moves beyond the duopoly held by Bharti Airtel (formerly Zain) and Telecom Networks Malawi (TNM). The government has licensed various additional players since 2002, but so far no new mobile services have actually launched.

In 2002, the industry regulator, MACRA issued a licence to Malawi Mobile Ltd (MML), a consortium led by Mauritius Telecom. In 2005, however, after giving the new operator a second 90-days deadline, the licence was revoked on the basis that MML had failed to fulfil its licence obligations to introduce a service. MML on the other hand claimed that the deadline had been extended and that the company had paid required fines, but MACRA went ahead and blocked a US$25 million three-year exclusive contract with Ericsson to supply MML with network infrastructure and related services, including prepaid and intelligent network platforms and an international gateway.

Two weeks later the Board of MACRA was sacked by the country’s Attorney General, an arrest warrant issued for its chairman who was out of the country at the time, and a leading South African executive of MML and his lawyer were arrested.

MML lost an appeal to retain its licence in 2006. The company was said to be associated with the former President of Malawi.

With the exception of Econet, none of the bidders had an existing presence in Africa. In their bids they had to convince MACRA of their financial and technical capability. The two foreign groups, Econet and Millenium Global were seen as the frontrunners. However, the licensing process was delayed by the absence of a board of directors at MACRA until the regulator announced in July 2008 the licence would be awarded to GAIN.

GAIN renamed itself G-Mobile but was slow to start a network rollout. In April 2009 the company was given a ten-months’ deadline to launch services or see its licence revoked, which prompted it to announce it would invest US$40 million within five years and create 900 jobs. In July it signed a US$90 million partnership deal with South Africa’s Beryl Telecoms which was challenged in the Commercial Court but granted in September.

A Build, Operate and Transfer (BOT) contract was awarded to Chinese equipment vendor ZTE in December 2009, but at the same time G-Mobile announced it would not be able to meet its deadline for the launch of services. Another extension was granted in March 2010, but two months later the company was issued a US$6.9 million fine by MACRA for failing to deploy its network. However, G-Mobile took the matter to the High Court and gained an injunction against the fine until a judicial review could be carried out. In August the company announced it had awarded a management contract to Telkom Management Services of South Africa and already invested US$25 million into the network rollout with plans to spend a total of US$150 million over the next three years. Beryl Telecoms announced another capital injection of US$30 million. However, following a final deadline, MACRA revoked the licence in September 2010, but this decision was overturned by the High Court a few weeks later. G-Mobile announced it would continue its network rollout.

Already in 2008 MACRA had advertised its intention to licence a fourth mobile network. A licence was awarded to Dubai-based Expresso Telecommunications (the international arm of Sudan’s Sudatel) and Lacell of Singapore in 2009, but it was suspended amidst concerns that the tendering process had not been fair. MACRA relaunched the licence tender in December 2009 and Lebanon’s Comium was mooted to be the winner, but again allegations of corruption surfaced and delayed the process.

As a consequence of the difficulties with introducing more competition in the mobile sector, MACRA announced it would introduce a new converged licensing regime in 2011, following in the footsteps of several of Malawi’s neighbours. The new regime will allow the two fixed-line operators, Malawi Telecommunications (MTL) and Access Communications (ACL) to enter the mobile market as well. Both are already operating CDMA-based fixed-wireless networks which also support broadband access using EV-DO technology.

BuddeComm has updated its Malawi report, including scenario forecasts for the mobile market to 2013 and 2016.