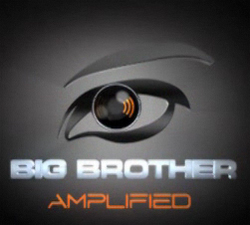 A FAST-SPEAKING model seeking to relaunch her career and a 23-year-old male virgin are Zimbabwe’s representatives in this year’s African Big Brother TV show which got underway on Sunday.

Big Brother Amplified is the sixth series of the M-Net show, and this year features two contestants each from 12 of the 14 participating countries.

Vimbai Mutinhiri, 24, and Wendall Parson, 23, entered the Big Brother in the Lyndhurst area of Johannesburg hoping to do one better than Munyaradzi Chidzonya, who finished as a runner up last year.

Model Vimbai, or Miss V as she prefers to be called, describes herself as “fun-loving, spontaneous and highly intelligent as well”, but for one who has volunteered to have their every move in the Big Brother house followed by cameras, it is perhaps surprising that she adds: “My privacy means a lot to me.”

On Monday, Nigerian housemate Karen laid into Vimbai, accusing her of speaking with an “American accent”.

Vimbai took offence, asking her why she would be on Big Brother Africa if she was American.

She added that though she didn’t necessarily owe anyone an explanation, she had lived in too many countries as a child.

“You can talk to me for an hour and my accent changes five times … you might even get some Chinese out of me,” said the Zimbabwean whose profile reveals she holds a Bachelor of Social Science degree in Politics, Philosophy and Economics and speaks four languages – English, Shona, French and basic Serbian!

Fishing enthusiast Wendall, the first white housemate, has already claimed to housemates that he is a virgin.

Commercial pilot Wendall, from Harare, said: “If I won the money, I would definitely have fun with it and see what happens after that. I’m in the house to stir a bit of trouble, to keep it exciting and to keep people on their toes.

“I have entered Big Brother because it’s a great challenge and something I have always wanted to do.”

Big Brother may be dead in the United Kingdom where it started due to falling ratings, but in Africa it appears to be going strong and M-Net Africa and its creators, Endemol, are cashing in.

M-Net Managing Director Biola Alabi said: “By definition amplified means to increase the volume, to make louder, to make more powerful. And that’s exactly what we want to do with season six. To take the elements that audiences find so fantastic and present them in a refreshing new way while adding big surprises and entertaining twists.

“Amplified is such a well-known pop culture term and Big Brother has definitely become a pop culture success. So the name fits perfectly.”

Alabi said over 7,000 applications had been received from across Africa.
“It’s really heartening to see that if anything, the show is going from strength to strength,” he said.
Big Brother Africa is shown on DStv.
Subscribe to our Youtube Channel: