Malawi is one of the least urbanized countries in the world. In 2008, only 15.3 percent of the population lived in urban areas. However, cities grew rapidly in the 1970s and 1980s, about three times faster than population growth in rural areas.
Over the past 15 years, Malawi’s economic growth has fluctuated, due to erratic growth in agriculture, which is dependent on rain-fed production, and limited non-farm opportunities.
The rural poverty rate, 45 percent in 2009, is three times as high as the urban rate of 15 percent.
Malawi has undergone little rural-urban transformation and the current pace of migration to cities is relatively slow, especially compared to rural-rural migration. In 2004, 70 percent of Malawians who moved did so from one rural area to another.
Compared to other Africans, Malawians are well connected to their urban centers, and 82.5 percent of them can reach a major city in less than three hours.
The development of agro-processing industries could provide employment and absorb and integrate migrants into a growing economy. Transport costs, however, inhibit both agricultural and non-agricultural exports, and poor infrastructure, such as electricity, further constrains development of the non-farm sector.
Malawi needs to diversify its economy, which is highly dependent on agriculture—specifically maize and tobacco—in order to reduce poverty and accelerate rural-urban transformation. Without broad-based agricultural growth, including in pulses and alternative cash crops, poverty reduction will be difficult.
Published date:
2011
Publisher:
International Food Policy Research Institute (IFPRI) 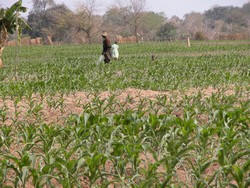 Previous article
MALAWI SUPER LEAGUE TO KICK OFF JUNE 4TH
Next article
Best Things To Do In Malawi.