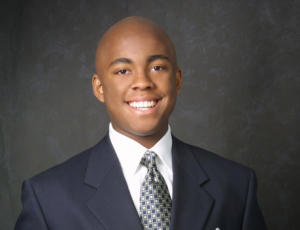 For those of you on the road to success, the term CEO is one that you will hear over and over again in the course of your career. The CEO of a company is the “Chief Executive Officer” and his job is to manage the executives at the company. The CEO is the big cheese; the buck stops with him.

CEOs are a very particular bunch. To become CEO means you have reached the top of the company, and your decisions — even small ones — will materially affect the company. CEOs usually have their act together more than the average guy (much more), and if you want to succeed in life, you should start thinking like the CEO way before you become one.
plan for the future
In order to become a champion, you have to think like one. When Muhammad Ali beat George Foreman in their classic fight, “The Rumble in the Jungle”, everyone thought that Ali would get murdered by Foreman. But Ali saw things differently; he thought like a champion, talked like a champion and was the true champion. He won by knockout in the 8th round in one of the greatest fights of all time.

My point is that you need to have the right attitude and frame of mind if you want to achieve CEO-like success. Basically, you need to think like a CEO from day one. Once you learn a job, it becomes fairly simple. Thus if you learn the job you aspire to, it will be much easier to get because it will have become more simple in your mind (and in practice).
ceo of your success
Most people will not become CEOs until much later in their careers, if at all. Furthermore, you don’t need to become the CEO in order to be successful. However, you do need to think like a CEO in order to become someone powerful in this world.

At this point, you should be wondering: “How can I think and act like a CEO?” Keep reading and I’ll tell you exactly which 10 crucial qualities you need in order to make it to the top and be the CEO of your own success.

abc’s of a good ceo
If you aspire to achieve success in your career, then check out many of the qualities you will need to acquire in order to make it to the top.

10. Confidence
You have to be secure in your abilities and confident that you can carry out the task. Never let anyone make you feel inferior; they can only do so if you give them “permission” to.

9. Persistence
As former US President Calvin Coolidge once said: “Nothing can take the place of persistence.” Not talent, not genius and not education. “Persistence and determination alone are omnipotent.” So don’t quit easily.

8. Think (Bigger)
The higher you move up the ladder, the more complex the decisions. Thus, it only follows that you will have to think things through much more carefully and thoroughly, as each decision can potentially affect the whole organization in drastic ways.

7. Continuous Improvement
Always strive to be better than you are today. Don’t be afraid to take risks and make mistakes. Remember, failure is only a temporary setback on the road to success.

6. Details, Details & More Details
Ultimately, every business comes down to details. If your strategy is solid but you botch the execution of the details of the plan, you’ll end up in the doghouse. Pay attention to the details; small mistakes add up quickly.

5. Don’t Be Afraid To Lead
Successful people are often leaders. Perhaps you’re not the top guy (main leader) according to your job title, but if you’re a leader in your field then you still have what it takes to become successful. You can be a great salesperson, so long as you excel at your job and take initiative. So pick up the torch when you see fit and make things happen.

4. Be Competitive
One of the basic tenets of capitalism is the competition that exists in a free market. You will either be the hunter or the prey. If you are not competitive, then you’ll end up getting eaten for lunch. It’s true and don’t ever forget that this is the law of business.

3. Honesty Is The Best Policy
If you wanted to become a crook, you would’ve joined the mob. If you are in business, your reputation counts for a lot so be sure to be ethical in your dealings with your co-workers and clients. You have to set the example or you’ll risk being the head henchman in a den of thieves.

2. Work With People
A big part of your success will consist of learning how to interact with others and how to manage human capital in order to make the most of the organization’s resources. Make it a point to work on your people skills as much as possible because at the top, almost all your time will be spent dealing with people.

1. Be Positive
Be positive, infuse your personality and work with positive energy. This is catchy and will set the tone for your team. You’ll get more done with a positive outlook rather than a negative one.

If you want to read more on thinking like the head honcho, take a look at Debra A. Benton’s How To Think Like A CEO. Now that you know what you need to make it to the top, stop procrastinating, get out there and make it happen!

Previous articleEducation
Next articleThe Difference Between Givers And Takers