Various electoral stakeholders in Malawi have expressed resentment over postponement of the local government elections and have threatened to government to court should they not rescind the decision. Malawi Electoral Commission (MEC) officials announced Tuesday evening that in consultations with President Bingu wa Mutharika they have postponed the much touted polls to 2014 which were previously scheduled to April 20, 2011. No reasons were given for the postponement.Mutharika had also suspended the MEC in December last year on allegations that some K1.4 billion was missing. An independent audit later found that the amount not accounted for was slightly over MK400 million and the money missed during the preparations for the 2009 general elections. Mutharika reopened the MEC in March 2011 before the issue was resolved.Chairperson of the Malawi Electoral Support Network-MESN Aloysius Nthenda has described the postponement as a disappointment to Malawians.
According to Nthenda, preparations on the local polls have already cost them a lot of money.“We have all along been expecting local government elections and there have been a lot of people who have been preparing and campaigning for local government elections.”Nthenda said by not having local government elections is a big blow and a big disappointment to Malawians because this is contrary to the country’s democracy consolidation process”, he said.Leader of the opposition in Parliament John Tembo also expressed disappointment on the issue; “We have stayed a long time waiting for the local government elections. We knew that this would happen. I also believe there will be no elections in 2014 because they [ruling party officials] fear we will defeat them”, Tembo said.Deputy Secretary General for the opposition United Democratic Front-UDF Hophmally Makande said this is a sad development because president Mutharika is governing the country as if it is his own business.
Makande also doubted if at all, elections will be held in 2014.“We don’t have a guarantee that we will have local polls in 2014 because Mutharika has been cancelling the elections left and right and I don’t know what Malawians are thinking about this.”Makande said the opposition parties will soon meet to chart the next course of action which would lead to lasting solutions to what Mutharika is doing “because it’s now too much”.Makande said the development is defeating the purpose of political pluralism. “All these political parties are there for elections. No elections, no political parties. So what is the point of having political parties without elections?” If the elections are not there this means that there is no democracy here”, he said. He said he thinks Mutharika has postponed the elections because the government is bankrupt.“Other reasons for the postponement would be that the president doesn’t respect the rule of law or he knows that he will not stand in the 2014 elections so he doesn’t care”, he said.Presidential spokesperson Hetherwick Ntaba said he doesn’t know the reasons behind the postponement because he has not received formal communication from the president on the matter, as he put it. “Those who have been doing consultations must know; the Electoral Commission or the people who are in the ministry of local government. As of the president he hasn’t given me any of the reasons”, Ntaba said.
He however shot down claims that the postponement has come because the government is bankrupt due to souring relations with donor community which had led some to withhold funding.“Those are speculations, the finance minister will soon tell us about finances. Issues of bankruptcy are not there. Those are very immature wishes and there is no donor who has said that is withholding funding for the polls because of sour relations”, he saidOrdinary Malawians have also expressed shock over the decision by President Bingu wa Muthalika to postpone local government elections without giving reasons.Commenting on the issue Presidential spokesperson Dr Heatherwick Ntaba told the media that government has compelling reasons to postpone the polls without also giving any reasons.
A business man in the Malawi’s commercial capital Blantyre, Abdulkarim Muhammad, said he believes the government is doing all this deliberately “This Government has never shown any interest to hold local polls this is total infringement of our rights” said Abdulkarim.Another Blantyre based businessperson man in Zingwangwa township Hilda Zimba described the postponement as a downfall of Democracy in Malawi.Malawians last voted for local polls in 2000 and the outcome were dominated by the then ruling party United Democratic Front (UDF). This is the second time that such polls have been cancelled by the current administration. The polls were first cancelled in 2005 a year after 2004 parliamentary and presidential elections.Malawi constitution stipulates that local government elections should be held a year after general elections and it empowers the president to set the date for the polls. 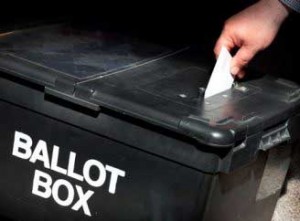 Previous articleAtupele receives award in South Africa
Next articleImproved economic conditions in Malawi: Progress from a low base