The Every Guy’s Guide: Holding hands in public 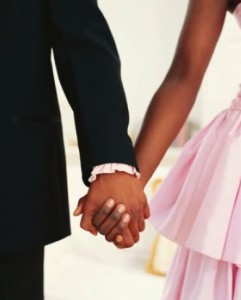 It finally feels like spring (for those of us unfortunate enough to live in four season states), and that means the sidewalks are flooded with people. Now that it’s warm and the sun is shining, it seems as if every couple has taken to the streets to advertise their undying love for each other. I’m all for free, especially if it’s fleeting, love, but there need to be some guidelines for public behavior.

Specifically, I want to address holding hands in public. It may seem like a harmless display of affection, but if mismanaged, it becomes a nuisance to everyone nearby. The three main things that you need to consider are the impression it gives, if look like an idiot, and most importantly, if you are in my way. I may have the agility of a gibbon, but I don’t feel that it’s my responsibility to go Ninja Warrior just to get to home from work every day.

Here’s a quick guide to what to avoid, what’s allowed, and what you should start doing. Follow these to the letter or accept the fact that I may play a one-man game of Red Rover with you and lady friend.

The Traditional
If you’ve ever had the privilege of holding a woman’s hand, this was most likely what it looked like. It’s a standard maneuver. It’s not embarrassing, yet not overbearing. No one will think twice about it, but it lets your lady-friend know that you care. Much like with a cocktail, you really can’t go wrong with something traditional.

Interlacing Fingers
This is the typical hand-lock for anyone who has been together for a decent length of time. It tells her that you aren’t holding her hand just to make her happy but rather that you actually enjoy her company. If you pull this off during the first couple dates, sex is almost guaranteed to follow. Yes, I know that’s a big jump, but locking fingers is flat out sexy.

Yes, that’s it. There are only two. Anything else should be avoided like Lady Gaga’s nether regions.

The Solo Grip
While at first this seems very similar to the traditional hold, they aren’t as close as they appear. Unless you are the sort of person that dominates your woman (not in the good way), stay away from a one-sided grip. Clearly one person is doing all the holding in this case, and the other is just along for the ride. Women are our peers, at least they will be if the Equal Rights Amendment ever passes, and should be treated as such. Save this one for your daughter, if you are so unlucky as to have one.

The Pinky Hold
If you ever find yourself partaking in a pinky hold, please immediately check to ensure your man parts are still intact. This may be the most emasculating thing you can do in public. I would sooner carry around my girlfriend’s teacup poodle in a pink bag than be caught by a friend while holding hands like this. Not only does it make you look like you are 14, it also shows that your woman clearly wears the pants in the relationship. Remember, we’re still the ones that can pee standing up, and that means something where I come from.

The Long Distance
The love chain is the inspiration for my desire to play a one-sided game of Red Rover. You may be thinking that people don’t actually do this, but trust me, they do. Apparently there are hundreds of couples in Chicago that feel they are the only people that use the sidewalk. As it turns out though, that isn’t the case. I don’t even get the concept of this because clearly you are trying to stay as far away from each other as possible while still touching. Color me confused. Why don’t you just get a new girlfriend that you actually like? This is also the hold most likely to involve a swinging arm, and I have almost taken a fist to the face on several occasions.

The Double Around the Back
This is so ridiculous that I couldn’t even find a picture of it. I spotted a couple on a stroll through the park engaged is this super grip last week, which is what prompted this entire article. I knew at the time I blew it by not taking a picture, but thankfully my MS Paint skills are impeccable. Unless you are swing dancing, there is no circumstance in which you need to be holding both of your lady’s hands while standing side-by-side. You look like a jack wagon, and I’m embarrassed that you are a part of my species. Please do me a favor and never set foot in public again.

Two Halves Make a Whole
OK, so I don’t think people actually do this, but I came across the picture when I was searching for images to include. It also gave me a good excuse to crudely photoshop myself into one of these pictures. If you have ever considered walking like this, please do. The reactions you get on the street would be more entertaining than anything summer TV has to offer, so why not? I may try to enact this as my go-to technique from now on. I’ll either get laid immediately or never again; there is no middle ground.

And there you have it, the Every Guy’s Guide to holding hands. This isn’t rocket science; just a little common sense will prevent you from looking like loser and keep you out of my way. Next week will be back to my core competency, booze, but this was an issue that needed to be addressed. If there’s something you think could use the Every Guy’s treatment, let me know