… Were the words of Mathews Mfune, (the director of Music Crossroads Malawi) when we met in the first weeks of this year’s last recording project in Malawi, to locate/decide which artists/bands we would record.

OK great, were my words, without paying much further attention to the idea, because I was more interested in bands. The reason why, is that in the course of all these projects we’ve come across many choirs but most of them were not up to a high musical quality level so I initially though this would be the case here too.
Until one day Mark and I went to an ‘open day’ at Music crossroads 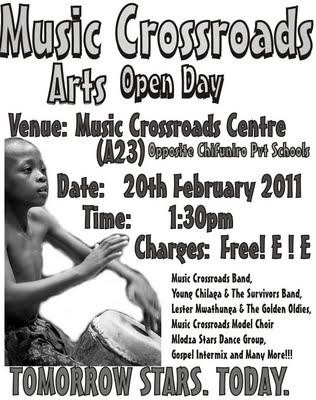 and saw amongst many very entertaining acts in the program, a number of their musicians performing live on stage, and also music students were awarded their certificates.

Towards the second half of the event the “music crossroads model choir” came on stage, I must say I was eager to find out just how this choir was, but didn’t put my expectations bar very high.
Well, soon after filling the stage with 20+ people they all took their positions and the conductor waited a few seconds for silence from the audience. 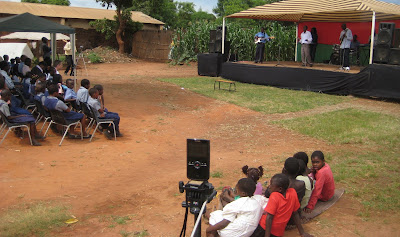 there was a sort suspense build up in those few seconds of silence just before the conductor gave the order to commence.
The hand went down and only a few notes later I had goosebumps allover!
Mark looked back at me and I could see he was as impressed as I was. They performed 3 songs as far as I can recall and they were all spotless!
Needless to say we became very excited to record them and wanted to do so, at the earliest opportunity.
We spoke to Mathews after the performance and told him how eager we were to get those guys in the studio as soon as possible… the only thing we needed to solve first was, where do we record them??
The Record for Life Studio was only in planning stages at that time, and it would have been too small anyway to fit a choir this big.
to be continued…
(Visited 7 times, 1 visits today)
0
Subscribe to our Youtube Channel :
Tag: choir, church, concert, stories 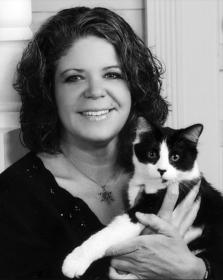 Answering Godâ€™s call: a Cape Girardeau lady is headed to Malawi to teach rural children, here is her story… 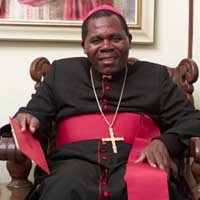