CHARACTERISTICS OF THE SECOND COMING OF CHRIST 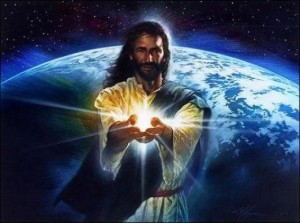 During the difficult days of World War II there was a well-known radio news commentator who began each evening’s news using exactly the same introductory words,”Ah, there’s good news tonight!”. Yes, regardless of how many allied ships were sunk, or how many allied planes were shot down, or how many allied tanks were destroyed, or how many allied service men were killed, wounded or missing, this newsman would find something “positive” to say as an encouragement to those concerned family and friends of our service personnel in various parts of the world.

Friends, we are living in very difficult days. I never thought that I’d ever live to see such conditions as we have in the world today. We are definitely living in days just prior to the Lord’s return and there is much to discourage the true child of God but I can say like the newsman,”Ah, there’s good news tonight!” Yes, and the good news is the fact that JESUS IS COMING AGAIN ! Let me repeat, JESUS IS COMING AGAIN !

THE SECOND COMING OF JESUS CHRIST IS, AND SHALL BE:

SURE: Vs.35 “Heaven and earth shall pass away, but My words shall not pass away.” In John 14:3 He promised, “And if I go and prepare a place for you, I will come again, and receive you unto Myself; that where I am, there ye may be also.”(Read also Acts 1:9-11; Hebrews 10:37; and the last recorded words of Jesus Christ in the Book of Revelation – 22:20 “Surely, I come quickly” and true Christians can say like John, “Amen, Even so come, Lord Jesus.”)

SOON: Vss.32,33,37-39 (Read also Luke 17:28-30) Israel is referred to as the “fig tree” in the Bible and the “fig tree” began to put “forth leaves” on May 14, 1948. At that time there were only about 40,000 Jews in the area called Palestine. Several years ago I read that there are at least 4 million Jews there who have come from 120 nations and speak 83 different languages. In Luke 21:29 we read of “all the trees,” not only Israel, gaining national sovereignty. Over 85 nations have been added to the United Nations since WW II and most of them are no longer under any form of foreign control. The “fig tree” and ALL the trees are spreading forth their leaves, including the once-great U.S.S.R. which has now been fragmented into about 15 different countries demanding their own control. Matt. 24:5-8 “false Christs”- 1100+ people have claimed to be Christ since 1900. “Wars and rumours of wars”- there have been over 135 regional wars since WW II. “Famines, pestilences, earthquakes” in various places – look at Indonesia, Sumatra, Malaysia, Ethiopia, Kenya, Sudan, No. Korea, Russia, and even here in the United States. There were more earthquakes throughout the world each year since 1990 than in the 80’s decade. James 5:8 , “the coming of the Lord draweth nigh.” Please read II Timothy 3:1-5.

SUDDEN: Vs.27 “For as the lightning cometh out of the east, and shineth even unto the west; so shall also the coming of the Son of Man be.” Please read I Corinthians 15:52.

SECRET: Vs.36 “But of that day and hour knoweth no man, no, not the angels of Heaven, but My Father only.” Vs.44 “Therefore be ye also ready: for in such an hour as ye think not the Son of Man cometh.” Down through the years various cults and mis-guided professing Christians have been predicting the date when Jesus Christ will come again, whether in reference to either the “Rapture” or the “Revelation” of Christ, but it is both obvious and Scriptural that this prerogative belongs within the sovereignty of God, alone. Please read I Thessalonians 5:2; II Peter 3:10; Revelation 16:15.

STARTLING: Perhaps some evening soon, many millions of people in the United States will be watching their TV sets and suddenly the screen program will be interrupted by an announcement that someone in the White House Office of the President of the United States is about to make a special report of grave importance. He will mention that he has just talked with the Secretary General of the United Nations who confirmed the fact that thousands of people have disappeared throughout the world during the past hour. Some believe that aliens in their U.F.O.’s have kidnapped people in all parts of the world. Both the President and Secretary General plead for calm and seek to assure the populace that they will do everything possible to solve the sudden disappearance of people from off the face of the earth. Every aspect of the worldwide news media will also report cars crashing, planes falling to the ground, and even mothers nursing their babies will be startled when that baby disappears before her eyes. If a married couple are watching the TV one may disappear and the other spouse be left behind. Chaos, confusion and conflict will reign throughout the world. Some who have heard the truth of God relative to the second coming of Christ, and who have not accepted the Lord Jesus Christ as their Saviour, will know what happened. They’ll be able to tell the others who have been left behind how that they, themselves, had heard the Gospel, and the fact that the Lord Jesus Christ would return someday to take the true Christians home to Heaven, but they thought that they had plenty of time to get saved through faith in Jesus Christ, alone. Now it’s too late! They too have been left behind for divine judgment. The Holy Spirit of God, Who indwells every true believer, will have left the scene and it won’t be safe for a woman to leave her house, unless escorted by a man.

SATISFYING: For those who have been left behind when the Lord comes, because they refused to accept Him as their personal Saviour, they will be satisfied because no one will ever speak to them about their soul’s salvation. No one will give them another Gospel tract. No one will invite them to another Gospel meeting. No one will ever bear them up before the throne of God’s grace again. No saved loved one will ever shed another tear for them. They will then be able to indulge themselves in the muck and mire of gross sin and immorality. In the last chapter of the Bible, Revelation 22:11, we read concerning the unsaved, “He that is unjust, let him be unjust still: and he which is filthy, let him be filthy still.” Friend, if you’re left behind when Jesus Christ comes again you’ll wish that you had never been born. It is better never to have heard the truth than to hear it and then forsake it.

The people who will really be satisfied when the Lord comes will be the true Christians who will not only be delivered from the penalty and power of sin, but will also be delivered from the very presence of sin. In Revelation Chapter 21 we read of the place where there will be no more sin, nor tears, nor sorrow, nor pain, nor sickness, nor separation, nor death, nor night, nor curse nor need of a temple. We’ll be in the presence of the One, Whom having not seen, we love. We’ll be satisfied not only to be with Him but also to be like Him. In Psalms 17:15 we read, “As for me, I will behold Thy face in righteousness: I shall be satisfied, when I awake, with Thy likeness.” Please read Philippians 3:20,21; I John 3:2,3

The satisfaction and joy we have as true Christians is somewhat tempered here on earth by the knowledge that many of us have loved ones who are still unsaved, and therefore, would be left behind if the Lord Jesus Christ were to come back now to take us up to our home in Heaven. The language of our hearts would be like Judah back in Genesis 44:34 … “how shall I go up to my father, and the lad be not with me?”