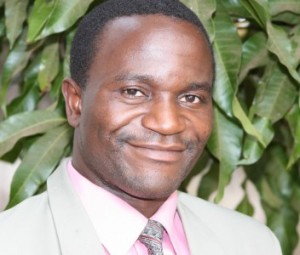 In his four years at Global Voices, Victor Kaonga has written on an impressive spectrum of issues, ranging from press freedom, to water scarcity, to Malawian soccer and a high-profile political wedding. He started his blog, NDAGHA, in 2006, joining a small but dedicated band of Malawian bloggers. A broadcast journalist by profession, he holds a graduate degree in Global Journalism from Orebro University, Sweden, and describes himself as “passionate about many social and gender justice issues.”

Here Victor shares how he became involved in Global Voices, his thoughts on the Malawian blogosphere, and the stories that are being discussed in his corner of the world.

Eremipagamo Amabebe (EA): How did you become involved in Global Voices (GV)?

Victor Kaonga (VK): It appears GV Regional Editor Ndesanjo Macha had been following my blog posts for a couple of weeks in 2006 to early 2007. He is the one who sent me an email asking if I would be interested in being a GV author. This idea puzzled me somehow as I had never[heard] about Global Voices and also did not understand the business of being an author while I was already blogging.

As I was living in Sweden at that time, I asked one of my Swedish journalism friends who apparently had heard about GV. He encouraged me to take it up and start covering blogs for Malawi and Zambia. So I joined Global Voices in December 2006 and my first post published was on 23rd January 2007.

EA: What is your life like outside Global Voices?

VK: I have a family, married to Thembi. We have four children, three girls and a boy ages between 9 and 1.5 years. As a family we desire to fear God and that comes partly from our Christian upbringing but most importantly from individual decisions to follow Christ.

Apart from liking to spend time with my family (something that is becoming increasingly scarce), I am busy with executive oversight work at Trans World Radio which in some respects is like my second home! However, I should state that by function I am more of a broadcast journalist than an executive officer!

EA: Can you describe your focus at Global Voices –for those who aren’t familiar with your work?

VK: I cover anything that is newsworthy as far as Malawi is concerned. However outside the Malawi focus, I generally have a bias towards new and social media.

EA: What are issues specific to your region that, in your opinion, should have more coverage in the mainstream media?

VK: The main issues in Malawi are political and economic development. Here and there we have had some artistic and human interest stories.

Main issues currently have to with the economy and succession plan of the incumbent president. Economically, Malawi has experienced shortage of forex for more than a year which has resulted into a number of consequences for businesses. Also linked to this is the shortage of fuel due to erratic supplies resulting into  low forex reserves in the country. As such people have been queuing for fuel now and again as supplies are erratic.

Politically, President Bingu wa Mutharika is grooming his brother to take over in 2014 when he himself will be barred by the constitution to contest. Many Malawians had hoped that he would support his vice president (Joyce Banda) who happens to be the first female Veep in Malawi. Unfortunately, they have parted ways so that his brother can easily come in. EA: Can you point us to some of your favorite posts you’ve written for GV?

VK: There are a couple of posts that I am really proud of. Most of them have been political and sort of conflict-related. Though surprisingly the ones I felt most happy with (among many) include the last post about academic freedom I did in April this year, and then when Malawi’s First Lady passed away in 2007. This was news that attracted attention of bloggers all over the world. The two posts and many other have a human interest aspect much as they are about prominent people and issues that stem from politics.

EA: What is the  most interesting part of your work?

VK: I find reading people’s posts extremely interesting and enlightening. I get encouraged that there are Malawians who are sharing thoughts and conversations online. The fact that someone has written something online is itself a blessing because generally there is very little content online about Malawi especially by Malawians themselves.

My biggest concern though is about female bloggers. We don’t have many and I wish we had many. The few that blog have had fairly a good amount of coverage on GV and they themselves have confessed recieving a lot of encouragement to carry on. I personally wish to see more women blog.

EA: Thanks, Victor. Before we leave you, can you point us toward some resources on Malawi for those who want to learn more?

VK: One of the popular portals in www.nyasatimes.com. The portal carries many stories on politics and even the one about the Vice President and the succession woes. And thisblog gives you updates.