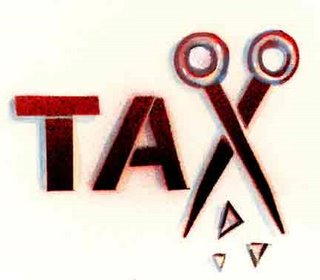 WRITTEN BY WEZZIE NKHOMA SOMBA
Council for Non Governmental organizations in Malawi (Congoma) has said it feels betrayed by President Bingu Wa Mutharika after Minister of Finance Ken Kandodo announced the new Customs and Excise measures which scraps off some tax relief on NGOs.
The Minister in his 2011/2012 Budget Statement announced new Customs and Excise measures affecting the Customs and Excise (Tariff) Order and these changes are with effect from the midnight of June 4th 2011.
Congoma chairperson Voice Mhone told Malawi News that they were surprised with the announcement because the issue of tax relief was discussed during an audience with president Bingu wa Mutharika in April this year where the President promised a consideration.
ŌĆ£During our audience with the President in April, one of the many issues discussed was the issue of tax relief. We pleaded with him to give us a tax relief because we compliment governmentŌĆÖs efforts and he said he was going to consider that. But to our surprise he has considered it the other way round by even removing the tax relief that was already there.
ŌĆ£We are heavily affected and we will not be able to deliver effectively to the community. We are much concerned with the framing of this yearŌĆÖs budget because Malawians are going to pay for the sour bilateral relationship which Malawi has with donors,ŌĆØ Mhone said.
He said this is a big blow to NGOs which are already struggling to secure funding because of global financial turn down.
Among other changes on the Customs Procedure Codes (CPCs) includes: the introduction of limits on goods to be allowed under CPC 431 for Non Governmental Organizations to only include foodstuffs, used clothing, used footwear, blankets, soap and toiletries for use by persons in need or distress as recognized by the responsible Minister, deletion of CPCs 440, 443, 476 and 478 which were catering for duty free importation of photocopiers by NGOs, motor vehicles for car hire companies, goods for use in dairy industry and specialized goods for the telecommunication industry respectively.
Others are the introduction of VAT at the rate of 16.5% under CPC 438 (a),(b),(c),(d),(e), – goods carrying motor vehicles for the horticulture enterprise, NGOs, educational, health and tourism institutions.
In an interview Malawi Revenue Authority (MRA) public relations officer Steve Kapoloma said the introduction of VAT on the specified CPCs means that NGOs will now have to pay duty if they are importing photocopier machines or goods carrying vehicles which they used to import on duty free.
Kapoloma however said MRA could not explain why there have been these changes saying it was only the minister of finance who could do so.
ŌĆ£We can only explain what has changed but we cannot explain why they have changed,ŌĆØ Kapoloma explained.
In a related development Centre for Social Concern (CFSC) has said even though one finds the tax policy in the fiscal year progressive in relative terms, it is very retrogressive when compared to the realities of most Malawians.
ŌĆ£ŌĆ”correlative to this right of the state is the responsibility to pay taxes. This does not, however, mean that taxes should reach such a high level that they become confiscatory; as besides being used to raise revenue to fund government operations, levying taxes is also an essential tool to assist in the redistribution of wealth or income and to regulate economic activities.
ŌĆ£The current tax regime does not address the income inequality existing in the Country. The largest pay gap amongst the countries in Southern Africa is in Malawi; a pay gap of 106.7 exists, meaning that executives are earning 106.7 times more per month than the lowest paid workers (PriceWaterHouseCoopers:2010).
ŌĆ£The argument here is not that the distribution of income and wealth should be absolutely equal; some degree of inequality not only is acceptable, but also may be considered desirable for economic and social reasons; however in the face of such an avoidable reality itŌĆÖs the responsibility of government to moderate excessive disparities in the distribution of income and wealth through systems such a progressive and equitable taxation regime,ŌĆØ reads the statement.
In the statement CFSC pointed out the introduction of VAT on products such as water supply, ordinary bread, meat and edible meat offals, milk and dairy products, increase of import duty on wheat flour and meals in flour from five to 20 percent and introduction of a 25 percent excise duty on used clothes as some of the classic regressive taxes in the upcoming fiscal year.
The statement says this has huge implications for a great proportion of women, single female headed households, single female headed households, that earn their livelihoods through the informal employment of selling used clothing, and selling of doughnuts (made on the base of wheat flour)-as they will have to pay for the additional cost to get the materials.
ŌĆ£Candidly, government has shifted the burden of taxation to poorer households; in that the system will pass on to the consumer the taxes increased and introduced on the goods and services that poor people consume. In turn the tax imposed in the second clothing will also have consequences for the majority of Malawians who find clothing through Kaunjika and cannot afford regular new clothing,ŌĆØ says the statement. 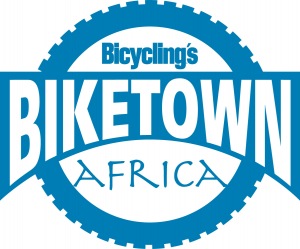 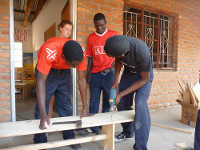 Learning to use a Library | Malawi Project