Since my past few posts have been very work-intensive, I though I would lighten the mood with some amusing stories from my last month. Here you go:

Almost a month ago, I moved to Salima District (east of Lilongwe, near to the lakeshore) to start my field research. For a full week or so at the beginning of my time in Salima, I had a beautiful new red motorcycle sitting in town, just waiting to be ridden. What was the problem, you may ask? I didn’t know how to drive motorcycle.  Karma — 1, Lisa — 0.  So I got myself set up with a translator/driver, Elias, and after introducing myself to the District Water Officer (DWO) and meeting with the Water Monitoring Assistants (WMAs) to hear about their opinions on siting/placement of new waterpoints, Elias and I headed off to the field.

I spent the next two weeks bombing around the district on the back of my motorcycle, interviewing villages about their understanding (or lack thereof) of how to get a borehole from the district government. Lots of exciting information gathered and case studies written up (all to be analyzed at the end of the month), but one thing was still bugging me–my inability to actually move my bike from one location to another if need be (or just for the fun of doing so). After much whining and complaining, I managed to convince a teammate of mine to come to Salima and try his patience while teaching me to drive. In the field that I originally practiced driving circles around, I was immediately amused by the faces of children staring at me wide-eyed from nearby houses; however, the real treat was yet to come. I have since been practicing driving non-stop and am getting relatively good, despite my occasional issues with starting off in first gear. Unrelated to the quality of my driving though, I have gotten a collection of fantastic looks from people that I pass on the street. Apparently the concept of a woman, not only on a motorcycle but driving a motorcycle, breaks all “appropriate” Malawian gender roles and makes me seen as a groundbreaker… or a maybe just a crazywoman. I have a phenomenal library of mental images relaying shock and awe from passersby, which continue to stack up day in and day out. Needless to say, people’s reactions have made my learning to drive even more exciting/enjoyable than the actual ability to move around on my own — although that does come as a close second.  Karma — 1, Lisa — 1… not so  bad, right?

In the midst of all my research and motorcycle driving, I managed to make it to the lake a few weekends for some fun and relaxation. My first weekend in Salima, I went to meet a few other EWBers in Senga Bay and had an awesome evening by the lake — complete with campfires, bongo drums, boxed wine, and all that jazz. Senga Bay holds a particular place in my heart because it is the same place where, almost one year ago, I happened to meet Mike and Megan (the team leaders of our EWB WatSan team) in a random hostel and first heard about EWB Canada. Had it not been for an impromptu trip to Malawi/Senga Bay last summer (thanks Nat!), I wouldn’t be living in Malawi now! Back to the point — in the midst of my distracted galavanting on the beach, a slew of things got stolen out of my bag, most notably my phone and prescription glasses. This resulted in multiple days of bus trips back and forth to Lilongwe to activate a new phone and get fitted for a new pair of glasses so that I was not left semi-blind for the remainder of my year in Africa. In the end, all was successful and I am back to seeing perfectly (although with a slightly uglier set of glasses than before).  Two weekends later, I took a trip down south to another spot by the lake, Monkey Bay, and got extremely excited by the fact that our hotel had a trampoline at it. When is the last time you jumped on a trampoline?! That excitement, however, turned rather quickly into dismay as I proceeded to jump/fall/be catapulted off of the trampoline and seriously bruise myself in multiple places (including my ego — I mean really, who falls off trampolines?).  Karma — 3, Lisa — 1… ugh.

Then, this past weekend there was a team meeting in Lilongwe, which was attended by not only our usual group of 15 African Programs Staff (APS) but also by our team of Junior Fellows (university students here on their summer break) from both Malawi and Zambia. The usual team meeting was therefore followed by a 2 day retreat for the JFs at a hotel in Senga Bay, which some of the APS attended as well. I had the bad luck of getting sick with malaria halfway through the team meeting and have that continue through most of the JF retreat. That meant a full weekend spent being malarial by the lakeshore. For those of you who know me well, you know I have already had malaria about 5 times… and I must say, near a lake is probably the best place to get it if you must. Nonetheless, the boat trip to an island to go rock jumping and late night campfires with the JFs would have been significantly more fun sans-malaria. Karma — 4.  Moral of this whole story: Lake Malawi is a wonderful place to visit, BUT it apparently distracts you with its beauty and makes you especially prone to injury, disease, and irresponsible behavior that leads to your things being stolen…. or at least it does for me. Either way, I think I’ll stay home from the beach this weekend and just hang out in the village. Maybe I’ll have better luck with that!

Two other funny stories: first, while hitchhiking out of Salima to get to Lilongwe for the team meeting, I happened to leave a small bag of mine (with nothing overly important in it) in the back of someone’s truck. Malawians (and all Eastern/Southern Africans I know, for that matter) have this cultural thing where they love to call any and everyone many times for no real reason other than to just say hello… which is nice sometimes, but gets annoying rather quickly. In order to avoid such a situation of incessant calling, I had unfortunately given the driver an incorrect phone number (for the first time in my 1.5+ years living in Africa) and he therefore could not get in touch with me when he found my bag. After resigning myself to the thought that I had lost my stuff, I ran into the guy on the street in Salima a week later and he promptly returned the bag! Lisa — 2… nice! Is my luck turning around? Ummm no. Story two: took my motorcycle to mechanic yesterday to get the horn fixed because it wasn’t working. I know, a horn doesn’t seem overly important to you if you are driving in the states. In Malawi, on the other hand, a horn is a must in order to shoo away crossing goats, men with absurdly large loads of things on the back of their bicycles, etc. So I take my bike to get fixed and leave my translator with it while I go to do some work. After a few hours of waiting, I return to find that the mechanic was actually drunk (at 2:30pm) and screwed up my bike more than it was before while not even managing to fix the horn.  Things that would only happen in Africa… very frustrating (although admittedly somewhat funny in retrospect).  Karma — 5, Lisa — 2.

I have another few days left in my research, at which point I will have visited approximately 30 villages and will have enough data to (maybe?) make some conclusions about water point siting in Salima. Then it’ll be on to a week or two of analyzing all the data that I collected and trying to make some sense of how that information affects EWBs strategy with respect to water point siting and Evidence Based Decision Making. That makes me tired just thinking about it… maybe it will be more fun if I do it by the lake?? Or maybe that will just lead to me breaking a finger while typing.

Anyways, my research is quickly coming to a close and the question on my mind, and probably yours, is “what’s next for me?” And the answer is yet another issue of bad karma. That has to do with the three leaders of our team, coaches for my research, and planners of my placement all having been/will be back in Canada at some point or another between last month and next month, causing some organizational set-backs on the ground here in Malawi. Long story short, I have no idea where I’m going next. End score for the month: Karma — 6, Lisa — 2.

So will the stars align and make my next month a little less disaster prone than my last? Let’s hope so. In the meantime, I’ll continue with my research and keep having a blast, despite all the minor setbacks. Because let’s be honest… at least I don’t have an office job! 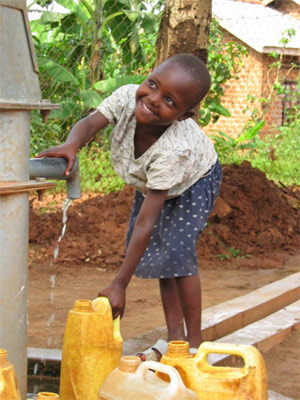