Malawi will not apologise for expelling Britain’s top diplomat 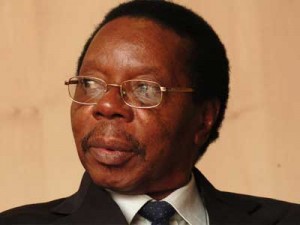 Malawi will not apologise for expelling Britain’s top diplomat, President Bingu wa Mutharika said Monday, insisting the former colonial power’s aid suspension will not create a budget gap.
“It’s certainly not a possibility. What do we apologise for? Here is an envoy who insulted our country,” Mutharika told AFP in an interview.
“That must be made very clear – we are not demanding an apology from Britain, neither should Britain demand an apology from us. You cannot be insulted and then apologise at the same time because we never insulted Britain.”
Britain last week suspended budgetary aid over Malawi’s failure to address concerns over economic management and governance in the latest worsening of ties since a diplomatic spat in April.
But Mutharika insisted that Malawi had not been singled out by London, despite the comments by Britain’s Department for International Development.
“There seems to be a misunderstanding because Britain has apparently reduced 43% of their budgetary support globally. We happen to be one of the countries where they have decided not to give us budgetary support so it’s not targeted against Malawi,” he said.
“As a matter of fact, we are already having dialogue to resume our normal relationship.”

While Britain’s government is implementing a wide range of spending cuts, it has insisted that it will not reduce its overseas aid budget.
Ties between the two countries were strained in April when the British ambassador was expelled after a leaked diplomatic cable accused Mutharika of “becoming ever more autocratic and intolerant of criticism”.
London in turn expelled Malawi’s envoy to Britain.
“Malawi never broke its relations with Britain. It’s just that somehow the representation of Britain here in Malawi didn’t act in accordance with diplomatic practices and we said remove him and bring another one, that’s all we asked,” said Mutharika.
Mutharika said the cutting of budgetary aid would not affect the country’s “zero-deficit budget” in which recurrent expenses like government salaries will be paid out of local resources.
“We have set our budget this year of €1.4bn and we are going to raise €1.4bn from our resources so there is no funding gap whatsoever,” he said.