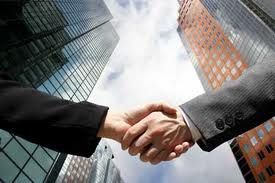 If you are an interested reader of various business news articles, this is one of the common topics that always make headlines across the world media. Though not very common in Malawi but we have seen a number of M&As taking place in the country or else who knows may be once our economy goes back on track we might experiencing even more deals both within our stock market or outside the market. Just like recently I read in our local media that Puma Energy has finally taken over the operations of BP Malawi and also we have seen over the past ten years one of our mobile operator in the country changing ownership from Celtel to Zain now Airtel, these are some the common examples of M&A. But still what does M&A mean? Well, it is simply about companies buying, selling and combining with each other. These two words are always confusing and are used interchangeably by most of us but to be specific I would say that a merger takes place when two companies join forces and both of them cease to exist in order to form a new corporate entity. While on the other hand an acquisition occurs when one company buys another. The company acquired which is known as a “target” stops to exist as an independent body and becomes part of the buying company otherwise known as a predator. For example Zain stopped to exist and became part of Airtel.

It has always been argued that in practice there is no difference between the two because even in a merger one company always dominates the other in terms of control and in reality most of M&A deals are acquisitions. Therefore for the reasons above I have chosen to focus mainly on acquisitions in this article though the fundamentals applied remain the same with mergers.

Usually the main reason behind most deals is that the buyers assume that they can improve the target’s economic performance and enhance its value. But why would buyers make such assumptions about enhancing the targets value? Well there are believes in most buyers that there will be gain in synergy created as a result of the economies of scale, economies of scope, tax reductions, increase in market share, vertical and horizontal integration and many more business activities. A buying company might be looking at improving its efficiency as well, for instance, by acquiring the target it could reduce the number of staff or move them around between the two companies, close some facilities or move them to a different location or cut cost in different sections of the combined business. In reality buyer will have different reasons why they think an M&A deal will add value.

It is not always the buyer that initiates the deal, sometimes the target company may put itself for sale for survival reasons, meaning that the company may be under financial distress or subjected to an aggressive competition and the owners might realise that their company is unlikely to survive as an independent entity. Or else the owners might sell just because they want to cash in on the value of the business and move on with their lives with liquid cash in their pockets or the owners have reached their retirement age and they do not have any succession plans they just want to get rid of the business and retire.

The other obvious reasons can also be that the a private company may acquire a public company just because they want to be listed on the stock exchange market without going through an expensive IPO process and also a buyer can acquire a target company just because by doing so it generates publicity and prestige to the buying company. Sometimes professional M&A deal advisors such as lawyers, accountants and bankers may encourage a deal because of the large amounts of money they earn in fees for their service rendered to both parties in processing the deal.