Not bad to be a malawian – says President Rupiah Banda 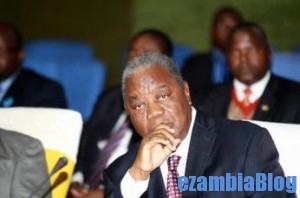 There is nothing wrong with being one of Malawi and Zimbabwe, one is African countries, says President Rupiah Banda.

Speaking when he visited the center in Lusaka MMD campaign yesterday, President Banda said he saw nothing wrong with being called Zimbabwe.

“In reality we are all Africans, I see nothing wrong with being called Zimbabwe, if I were one of Zimbabwe have said proudly, as everyone knows I was born in Zimbabwe, and the public went to Zimbabwe to myself, I was invited by President Mugabe after he was asked if he could afford to go see the house where I was born, because I never ashamed of my history where I was born, I was born in a small hut where my parents had emigrated from Fort Jameson. First my father went there to work as a bricklayer and later remarried to Sarah Ama Zulu my mother, “said President Banda.

He said it was a shame that their parents are talking so bad, adding that if alive, would have been hurt to learn that they were not indigenous to Zambia.

He said he was not worried about legal action against him Patriotic Front on the origin of their parents, but was more concerned with Michael Sata, who said he intended to be a democratic leader.

“What worries me about Sata and my colleagues in PF is saying they are democratic and ran this country want a democratic form of the 13 million Zambians have sworn to the Constitution that we preserve democratic rights and principles of this country. We want a democratic, not dictatorial, and these are the same people who were asking ‘When are you going to announce the election, “announcement of the election are now making excuses about how I knocked out. I thought that when asked the date of the election must have known you’d be against me, “he said.

Band President Sata asked who he wanted to win because I wanted to be president of Zambia.
“Who wants to win, which has been hitting in the past? I want to beat the one closest to me, himself, as both are strong, which is the kind of fighter I want to get into the ring with him, and his colleagues, even going to go to court and ridiculous to say we do not want this, we go to the polls to win, we are very strong, but we do not want this to stop, because that is what are saying. They admit they are not ready for me, because if they were ready, come on. It’s September 20th, we will go to elections, “said President Banda.
“Sata has been with me for long, you’ve eaten in my house many times, I would say the same about home, has been to my farm and eat the food prepared by my mother, who is now allocating another country. He never questioned me, even privately, even to the press. Now he gets up and says my mother came from Malawi, initially said he was from Zimbabwe, Colomba echokela kuni? You can not come more than one place, “he said.

President Banda said Zambia was one of having done more for the people of Zambia and Zambia had Sata and added that everyone knew and that was the most regrettable action of PF.

“In any case, what kind of country we want to build, where you dig the people all the time? They did Dr. Kaunda, Chiluba did to me, they did Mwanawasa and want to do to me what will happen to this country when the elderly are dead? What will happen, every time you do something ati no no no waku uyu Tanzania, Congo, all came from everywhere this is nonsense and we have people of other colors as well, “he said.

President Banda said he agreed with what the veteran politician Simon Zukas said about the clause of kinship, which was bad.

“I agree with Mr. Zukas 100 percent, can not be said Mr. Zukas is Zambia because the country struggled Zukas when Sata was afraid to fight him was to join the police to the British to do that is not conducive to arrest him, Zukas and fight for this country. We’ve had people who came from India, Dipak Patel fought for this country, who fought for democracy in this country. What happens to our children of color, all these kids who are mixed, their mothers have gone and married someone else and ended up Zambia. Nanga Lubinda Since Zambia is both like me and maybe more in Zambia Sata, Guy Scott is both Zambia, Sata is going to do with this? He is the vice president what to do if coughs and dies, it will be Scott, who will take care of it until they elect someone, “he said.

President Banda assured the gathering that he was from Zambia and should not worry about it.
“On Wednesday I will submit my nominations things and you will see WEMU Mwala topic has been beaten by a stone, will see the people of Zambia to come to witness the same as it is very important that I am swearing They are losing their time there are more irritating than we Zambia, Zambia us who want to build a Zambia, where everyone can come and stay, “said President Banda.