The ,Arterial Network Malawi, chapter becomes the 28th to be established across the continent. The event was held at the Public Affairs auditorium in Lilongwe attracting a cross-section of patronage from musicians, film makers, writers, dramatists, visual artists, designers and poets amongst the very many.

Flying under the t 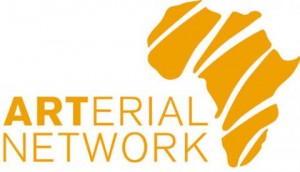 heme ‘Advocacy for the Vibrant Development of our Creative Industries’ the launch tackled leadership in the creative sector, history of the Arterial Network and its objectives.  An over view of the organization was delivered in a ten minute presentation by the Deputy Secretary General for the Arterial Network Secretariat, Carol Karemera.

According to Karemera, members of the network will largely benefit from this network through the advocacy element which is integral to creating conducive policies for the industry, cultural exchange programs, capacity building publications and workshop for varying disciplines of the arts but also recognition of being amongst the cream of African artistes.

Arterial Network compiles and distributes monthly newsletters in English and French sharing news relevant to Africa’s creative sector and is in the pipeline of establishing another publication in Portuguese, it has spawned arts journalists and festival networks, it has previously held 10-day “winter schools” training activists from member countries in building sustainable artists’ networks,  all of which the local chapters are bound to benefit from.

The launch was graced by the Deputy Director of Culture Bernard Kwilimbe, who in his keynote speech articulated on the status and progress of Malawi’s cultural policy which is yet to be adopted by the Malawi government. Other presenters during the launch were Ben Canavan the Public Affairs Officer for the American Embassy; Lizzie Chikoti a statistician from National Statistics Office who gave a report on the survey conducted regarding Malawi creative economy and Chris Magomero from UNESCO National Commission.

Arterial Network is a continental network of artists, cultural activists, arts NGOs, and others committed to developing African music, dance, theatre, literature and visual arts as a means to contribute to democracy, human rights and development in Africa.

The committee met in camera later in the day to select its leadership who are now led by Zilanie Gondwe Nyundo as chairperson, Thom Chibambo as vice chairperson, Serman Chavula is the treasurer and Susan Kamkosi Banda is secretary.

Chavula who is a previous director of the Copyright Society of Malawi (COSOMA) and is currently country representative for South and Eastern Africa Copyright Network (Seaconet) hailed the establishment of the national chapter as “timely and propitious for the arts and culture sector to have a voice to champion its concerns. Always we are told that unless you cry out loud, no one, not the leaders nor society will know that you exist or that you are willing to make positive contributions to society.”

The Arterial inauguration attracted a patronage of close to seventy and is heralded as a timely launch by creative community leaders and organizations.

Previous article
THE TALE OF THE ONE CHEAP M.P
Next article
“CIVIL SOCIETY ORGANISATIONS NOT SELL OUTS”