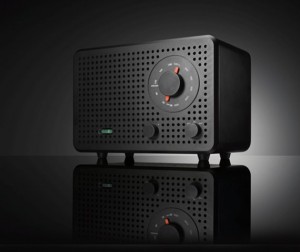 Malawi media is said to be slowly becoming a tool for suppression of local content and local languages according to research studies released by the Journal of Development and Communication Studies of the University of Malawi.
The research findings released under the title; ‘Local media, local content and local literacy: How Malawian media thwart popular participation in development‘ has revealed that although more than 12 years have passed since Malawi reverted to multiparty democracy and adopted a constitution that incorporated a bill of rights, the local media has not done enough.Media pluralism not matched

This study, which is a content analysis of the use of local languages and local content in the Malawian major print and broadcast media, concludes that media pluralism has not been matched with plurality of ideas, languages and content.

“The result has been the thwarting of participation of the majority of Malawians in public debates that concern community and national development,” said the researcher, Levi Zeleza Manda, who is a lecturer in Development Communications and Cultural Studies, Department of Journalism and Media Studies, Polytechnic, University of Malawi.

“I looked at the media situation in Malawi and their treatment of local content in terms of space allotment and linguistic diversity and how this is thwarting or has the potential to thwart popular participation in development activities despite the ubiquitous presence of media in the country,” he explained.

He said this particular study was an expansion on a study that was initiated by the Media Institute of Southern Africa who wanted to know the state of public broadcasting in Malawi.

The findings are based on an average weekly study on a weekly output of Malawi’s sole television station, Malawi Broadcasting Corporation (MBC 1) and Malawi’s two daily newspapers and the country’s five regular weekly papers from July to September 2006.

The study has established that while public broadcasting seems to favour politicians, the private broadcasting is mostly interested in money, and while community radio could be a panacea for popular participation and promotion of local content using participatory rural communication appraisal that can generate community relevant content for broadcasting nothing is the case on the ground.

MBC radio and television services were legally registered as public broadcasters in 2004 by the Malawi Communications Regulatory Authority (MACRA) although MBC performance is still inclined to state broadcasting than public.

The performance is said to be against the terms that were attached to turning MBC from a state broadcaster to a public broadcaster in 1998. The MBC was constituted to provide public broadcasting services in accordance with the provision of programmes which educate, entertain and inform among others.

It is also mandated to ensure the encouragement of free and informed opinion on all matters of public interest; the need to reflect the wide diversity of Malawi’s cultural life; and respect for human rights, the rule of law and the Constitution of Malawi.

Among others, MBC is also expected to provide its broadcasting services without any political bias and independently of any person or body of persons.

The study established that there are attempts at MBC to provide content and linguistic diversity in order to achieve what it is mandated to do, but it falls short to fulfilling it.

For instance, there are news bulletins and short programmes in English, Chichewa, Chitumbuka, Kiyangonde, Chiyao, Chilomwe, Chisena and Chitonga which are Malawi’s other prominent linguistic groupings. English is Malawi’s official language while Chichewa is the national language. The study established that the majority of Malawians are comfortable with Chichewa, while in all administrative communication and correspondence, English is used.

While the television sections only uses English and Chichewa, other languages in interviews are voiced over, the radio broadcasts news and short programmes in these other languages.

The findings established that out of 8 085 minutes of weekly broadcasting at MBC radio service, only 520 (6.4%) minutes are allocated to programmes in languages other than English and Chichewa.

The time allocated for programming in local languages other than Chichewa is arguably enough considering that the majority of Malawians speaks and understands Chichewa. However, the problem is that linguistic diversity is not accompanied by cultural diversity.

“News items are constructed in English and translated into Malawians languages. During the period of study there was virtually no news about the Sena, Tonga, Yao, Lomwe, Tumbuka and Ngonde people,” says the findings.

At the television, the news programme, “Nkhani Mwachindunji”, Chichewa for News Bulletin, is broadcast a day after the main 8pm news bulletin, proving in a way that the television denigrates local languages. On the other hand, the study had established that private broadcasters are not obliged to have quotas for their programming.

“In general, private radio stations are advised to respect human rights pertaining to, inter alias: privacy of individuals, freedom of expression, freedom of conscience and opinion, access to information, equality and justice for all,” says Manda.

As for content the private broadcasters are licensed to provide news bulletins of not less than 60 minutes every twenty four hours; more than half of which should be broadcast during peak hours.

On culture, the licencee is urged to reflect the cultural diversity of Malawi and not denigrate any people’s religious and cultural beliefs and values.

In the area of entertainment, private broadcasters are told to have programmes on HIV-AIDS, the position of women, children and the disabled; career guidance; general health and hygiene and any other areas as required by the target audience; and provide entertainment programmes that meet the needs of its target audiences.

MACRA, the study established may seem to be democratic by giving broadcasters freedom to choose what to broadcast but it argues that prescription of quotas is important.

In South Africa, the SABC is obliged to broadcasts through its provincial substation to ensure that people are served in all their 11 official languages put it in favour of local producers and local cultural content and the result has been a jump in income for local music and drama from 21 to 32%.

“The rest of the time is given foreign stations like VOA, BBC, DW etc. One new radio station even claims to broadcast live English soccer while at Kamuzu Stadium, Malawian teams are playing,” he says.

Although MACRA only regulates the broadcast media perhaps with indication that 96% of people in Malawi rely on radio as their source of news, there is no regulator for the print media, apart from the courts which punish print media on account of libel and defamation.

The study established that the number of newspapers has dropped from 21 in 1993 to less than 6 regulars. The study therefore concentrated on the remaining newspapers which were analysed in terms of their allocation of space to news and advertising.

“It is important to note that despite 34% of the news being local, the dailies concentrate on politics and politicians while the rest of the news is buried inside the newspaper and sometimes sandwiched between heavy colour advertising,” established the study.

Although limited in scope, this study has demonstrated that while local content dominates the local media, choice and preference of English as the medium of communication makes newspapers and partly radio inaccessible to the local people who constitute the majority of Malawians, live in rural areas and are mostly illiterate and poor.

“It is also worth noting that local content may seem to dominate the media but it is politicians and business elite that are featured,” said Manda.

The front page in newspapers and the headlines in radio and TV broadcasting are almost taboo to non-political local content as the president, cabinet ministers, opposition are always the people that receive news prominence.

Only when local people’s contributions are sought can the local people contribute to development. Illiteracy is high in Malawi and therefore these many people cannot participate in debates conducted in languages they do not understand.

“It is only proper to ask MACRA to be stricter on content and linguistic quotas in broadcasting. Radio and television are very important in helping the public, literate or illiterate to access information that would enable them to participate in democracy, development and cultural celebration,” the study concludes.

“Without necessarily compromising media freedom, the print media need to have content and linguistic quotas, too,” recommends the study.