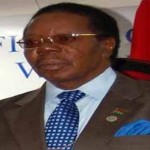 Lilongwe – A regiment of Malawi president Bingu wa Mutharika’s cabinet Tuesday begged the country’s civil society negotiating team not to throw away national building talks in the wake of increasing cases of arson against their property and threats to their lives by elements alleged to be ruling Democratic Progressive Party (DPP) vigilantes, the Youth Cadets. Marshaled by the DPP’s second vice president, Yunus Mussa, minister of information and civic education, Patricia Kaliati, minister of local government and rural development, Henry Mussa and labour minister Lucius Kanyumba, the ministers pleaded with the rights activists to rescind their decision to pull out of United Nations led dialogue in finding solutions to the problems rocking the southern African nation. The front denied the accusations that it was DPP operatives who were behind the burning down of the Institute of Policy Interact (IPI) offices two weeks ago and the petro bombing of the house of outspoken civil rights leader Rev. MacDonald Sembereka last Sunday.

They also denied that the people behind the arsons were triggered by Mutharika’s war threats and warning to smoke the leaders of the July 20 mass demonstrations that led to the death of 20 protesters. “We regard the civil society as our partners in development,” said information minister Kaliati adding that it would not be in the interest of the nation if the civil rights members abandoned the much looked forward to mediation talks. The government response to accusations leveled against President Mutharika and DPP operatives comes days after he ordered the new cabinet “to jump and defend the integrity of nation”. “You are a war cabinet,” he told the 30 member cabinet. However, Voice Mhone leader of the civil society dialogue group has asked the members of cabinet to channel their plea through the UN instead of using the media. On Monday the civil society group negotiating group said it had written the UN inform it of its intention to pull out of the dialogue process whose 20-point petition has since begun bearing some positive fruits including the trimming of the size of the cabinet, the relative availability of fuel and government’s desire to engage with the donor community.

Mhone said the grouping was disenchanted by governments’ intolerance, mistrust, violence and threats to the lives of the rights leaders. A statement issued by the UN on Friday confirmed that the dialogue was showing tangible results and that the two factions had “agreed in principle on the reopening of the college (Chancellor College) and the reinstatement of the four (fired) lecturers.” The statement further said on drug shortages, it was confirmed that government had released funds and procured a 3-4 months supply of essential drugs and medical supplies. But Mhone said the civil rights groups were disheartened with the slow pace the dialogue was taking. He said the group was disappointed that after agreeing to reopen Chancellor College on September 15 and to reinstate the fired Chancellor College Staff Union leaders, president Mutharika, the university chancellor, has refused to take back the lecturers who led the academic freedom fight which has seen the college closed for seven months. Meanwhile, Mhone has said plans are underway to hold a vigil on September 21, after the earlier plan for August 17 was shelved to give room to dialogue. The vigil is aimed at pressing the government to respond to the July 20 petition in which civil society groups have laid down the grievances of Malawians on poor economic and political governance.