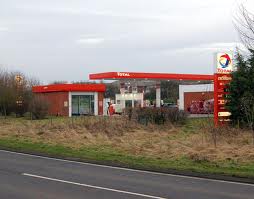 An office romance gone sour has landed a Business Development Manager at Total Malawi in the intensive care unit after a failed attempt to set himself ablaze inside his official car, according to Friday’s sensational tabloid.

Hlazo Nyirenda, who got divorced from his wife, allegedly went into a steamy love affair with his Human Resources Officer, Sekaninge Msiska, but the relationship hit the rocks after Msiska turned down a marriage proposal, Weekend Times reported.

Msiska allegedly picked a verbal war with Nyirenda’s ex-wife, which did not go down well with Nyirenda. Nyirenda failed to reconcile with his ex-wife and he felt abandoned.

Feeling jilted, Nyirenda drove on the Chikhwawa Road where he packed the vehicle and locked himself inside before attempting to set himself ablaze.

“People around Mpemba on Chikhwawa Road were suspicious with the occupant of the vehicle, a Toyota Corolla registration number MH 3824. They reported to our Milare Police Post who rushed to the scene.

“They had to break the side glass of the vehicle to rescue the occupant who we learnt was Nyirenda through an identity card but he could not explain properly what had happened,” a police spokeswoman said.

Inside the vehicle, the police said, were old newspaper and five-litre petrol jerrycan on the back seat. Nyirenda, who sustained burns in the arms, was rushed to Queen Elizabeth Central Hospital who later informed his employees.