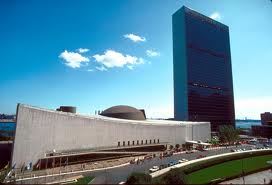 The United Nations must renew its commitment to ensure that the world’s 16 remaining non-self-governing territories, home collectively to nearly two million people, are able to exercise their right to self-determination, Malawi said today.

While Mr. Mutharika paid tribute to the UN’s decolonization efforts, given that almost 750 million people lived in non-self-governing territories when the Organization was founded in 1945, he stressed that “there is still a long way to go. Our task is not finished. The many commitments we have made in the past need to be fulfilled.”

Mr. Mutharika noted that the start of the Third International Decade for the Eradication of Colonialism, which runs from 2011 to 2021, makes the case for self-determination more urgent than ever.

But he also commended administering powers which had provided an opportunity for people in their non-self-governing territories to freely choose their destiny.

The Foreign Minister called on the UN’s Special Committee on Decolonization, also known as the Committee of 24, “to pursue genuine dialogue aimed at finding fresh and more creative ways to eradicate colonialism.”