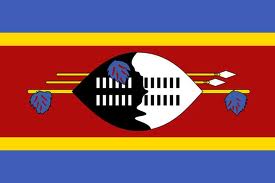 The Common Market for Eastern and Southern Africa (COMESA) has elected Swaziland as the Chair of Peace and Security.

The decision was taken at a Ministers of Foreign Affairs Committee, which is currently underway in Lilongwe – Malawi.

The COMESA policy organ session is in preparation for the 2011 COMESA heads of State and Government summit, which will take place from the 14 – 15 October in Lilongwe Malawi.

The theme of this year’s summit is “Harnessing Science and Technology for Development”.

The incoming Chair of the COMESA Ministers of Foreign Affairs Lufto Dlamini, pledged Swaziland’s commitment to foster peace and security in the region.

The Foreign Affairs Ministers who represent nineteen countries from East and Southern Africa, have raised concerns about the conflict in Somalia, which has resulted in the displacement of thousands of women and children.

“Although Somalia is not one of our member states, the impact of this conflict through the proliferation of illicit small arms and light weapons to the neighboring states, flow of refugees, impact on the economy and increases piracy cannot be ignored’” said Henry Mussa, Malawi’s Minister of Local Government who is attending the session.

Henry Mussa also urged other Ministers to support the African Union and the Intergovernmental Authority and Development’s (IGAD) efforts in finding lasting peace in Somalia.

The Ministers also congratulated South Sudan on its independence and have undertaken to support the new nation in its development efforts.

(Visited 9 times, 1 visits today)
Previous articlePolitical innovations offer hope for better global governance
Next articleSA To Tighten The Rules For Foreigners To Do For Families