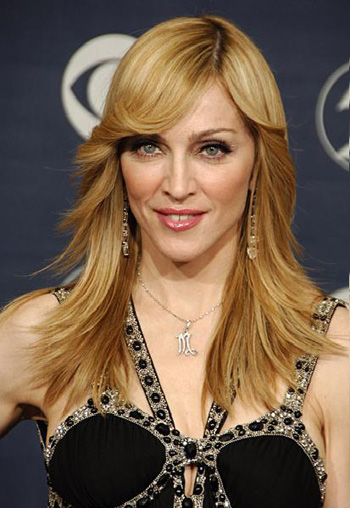 Madonna’s brother is reportedly homeless and living under a bridge in Michigan after losing his job a year and a half ago — and he’s annoyed that some people might find that amusing.

“My family turned their back on me, basically, when I was having a hard time,” Anthony Ciccone told the Michigan Messenger website. “You think I haven’t answered this kind of question a bazillion times — why my sister is a multibazillionaire and I’m homeless on the street?”
Madonna, of course, recently made headlines for her struggles with free hydrangeas.
Ciccone said he had been working at his father’s winery in Sutton’s Bay, Mich., but now works odd jobs and collects recyclables. He’s living in a town that has a network of churches providing nightly meals to those in need — and though the food may be hot, the northern Michigan days can be cold, with Ciccone among those falling victim to frostbite.
Anthony, 55, is a one of the pop star’s older brothers; her younger brother, Christopher Ciccone, released an unflattering tell-all in 2008 about life with Madonna.
Michigan native Madonna Louise Ciccone was the third of six children. She has two daughters, Lourdes and Mercy, and two sons, Rocco and David. David and Mercy were adopted from Malawi. In March, Madonna’s effort to build a school for girls in that African nation failed after millions had already been spent. At that time, she’d donated $11 million to her Raising Malawi charity, which had raised a total of $18 million, according to the New York Times.
“I do know what it is like to be misunderstood on a global scale” like Wallis Simpson, the subject of her movie “W.E.,” Madonna told Sky News on Sunday at the film’s London premiere screening, which was part of the BFI London Film Festival.
Seems to be faint chance that big sis will happen across her brother Anthony’s story online, however: “Even when I try something old and try music, I come up against the critics,” the 53-year-old told Sky News. “I cope by not reading anything.”