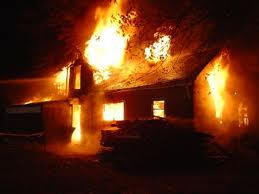 LILONGWE: Because dad was flirting with a woman next door, his two sons decided to torch the house the woman lived in.

They did and together with the house, two children got burnt and died. The woman-target was also hurt and died.

The woman was hurt in her house in area 23 in Lilongwe recently on claims she was flirting with a neighbor’s hubby.

It is alleged that on October 28 two brother sons to the said man set the woman’s house ablaze as a way of punishing her for having a love affair with their father.

After the incident, Mrs. Maganiza and her two children were hospitalized at Kamuzu Central Hospital.

The two children died on October 29