Kenya and Sudan Headed for Showdown As Deadline Looms

Nairobi (The East African)-In October 2011, Malawi also came under fire from the international community and rights groups when it hosted President Bashir. In a statement to the ICC, Malawi said that “as a member of the African Union, (it) fully aligns itself with the position adopted by the African Union.” Kenya’s geopolitical strategy in the region appeared headed for a major setback last week as it faced diplomatic rows with Sudan and Eritrea. With the two-week ultimatum given by Khartoum edging closer and the UN tightening sanctions against Asmara over the latter’s support for Al Shabaab, there is a growing feeling that Kenya needs to rethink its foreign policy. The Kenya government’s reaction to strong protests by Sudan following a court ruling ordering the arrest of President Omar al-Bashir if he sets foot in Kenya, has revealed major flaws in that foreign policy. Attorney-General Githu Muigai has appealed against the ruling, but an adjudication is unlikely to come before the expiry of the two-week ultimatum, raising the prospect that Sudan could sever relations with Kenya. Historically, Kenya has operated on the principle of non-interference in its neighbours’ affairs, and its foreign policy depended largely on the whims of the person in power. Now, Kenya seems to have shifted to a policy of “non-indifference” to events in the region and encouraging its representatives abroad to pursue business-oriented diplomacy. Kenya appears not to have been fully satisfied with the additional sanctions that the United Nations Security Council imposed on Eritrea on Tuesday. The draft resolution received 13 votes in favour, none against and two abstentions from China and Russia. Foreign Affairs Minister Moses Wetangula, confirmed that the petition to the Security Council was watered down, but it will serve the purpose because Eritrea was already under sanctions. “We have no problem with Eritrea. It is Eritrea that has a problem with every country in the region. But I have been communicating with their representative in Kenya and Eritrea maintains that it has no intention of severing links with Kenya since the issues can be solved amicably,” he said. Kenya in November accused Eritrea of flying two planeloads of arms to Al Shabaab-held positions in Somalia, a charge that Asmara vigorously denied. Kenya then hinted it might review diplomatic ties with Eritrea if it turned out the Red sea country was arming the Al Qaeda-linked Shabaab militants who are currently fighting Kenyan forces in the south of Somalia. On the other hand, Eritrean government officials hinted that Kenya is being influenced by the propaganda of their archenemy Ethiopia, with whom they fought a two-year war over the disputed border region of Badme. 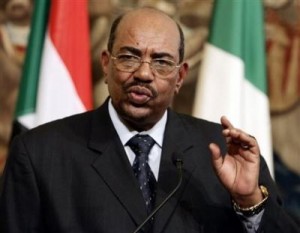 Last week, Ethiopian Prime Minister Meles Zenawi, insisted that Eritrea was a prime source of instability for the whole region. Apart from the 1998-200 war, Ethiopia remains uncomfortable with Eritrea over its allegedly close ties with Ethiopian rebel groups like the Oromo Liberation Front and the Ogaden National Liberation Front Dr Ben Sihanya, a lecturer on international law at the University of Nairobi, argued that Kenya took the right decision by appealing to the UN over Eritrea, but the onus is on Kenya to provide evidence. He, however, believes that the diplomatic row with Eritrea and Sudan goes to show that Kenya needs a consistent foreign policy regarding it interests in the region. “This is the time to formulate a new foreign policy based on the new Constitution and international treaties we have signed. We need more detailed and consistent foreign policy because previously our foreign policy has been reactionary,” he said. President Bashir gave Kenya two weeks to resolve the situation in his favour or face punitive measures, which will include cutting trade and diplomatic ties and banning planes leaving or bound for Kenya from over-flying Sudanese airspace. Other measures include throwing out about 1,500 Kenyans working in Sudan. Since the issuance of his arrest warrant, Sudan’s president has visited Chad, Kenya, Djibouti and Malawi –all members of the ICC. Faisal Mohamed Salih, a writer and human-rights activist in Sudan, believes that Kenya’s decision to avoid political confrontation with the Sudanese government is primarily due to the ongoing internal debate on the ICC’s intervention in Kenya following its post-election violence. “Not all sides in Kenya support the ICC’s court case against Kenyan officials; also, some Kenyan officials fear being indicted and suffering the same fate as Sudan’s president. This explains their attempt to calm down the situation,” said Mr Salih. Dr Al Tayeb Zain Al Abdeen who teaches political science at the University of Khartoum, questioned the court’s ability to conduct the actual arrest “The court does not arrest, it collaborates with the police, which in all countries is part of the state,” said Dr Al Abdeen who added that in any case, President Bashir should not consider going to Nairobi at this time.