How did Malawi control its brain drain? 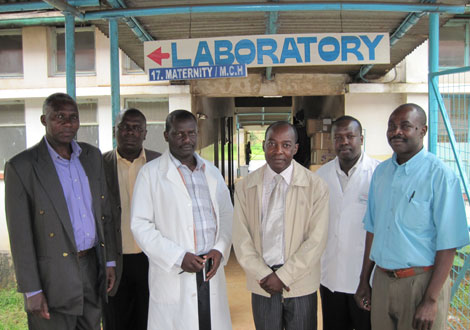 The British Medical Journal issued a report last month estimating that nine African countries have lost $2 billion worth of investment in training and educating doctors who have subsequently migrated abroad. It needn’t be this way. Doctors, nurses and other health professionals do not have to give up home, family and country to earn enough money to give themselves and their children a future, even a modest one. And it needn’t cost low income countries billions of dollars to train the doctors and nurses who then leave for greener pastures.

BMJ is correct in saying that rich countries should do their share by investing more in training health workers rather than ‘importing’ them from abroad. As a supporting opinion piece in the same issue argues, a ‘whole of government’ approach in the developed world is needed to align the multiple angles of this dilemma. It is a dilemma, in fact, because morally, the choice of career, training, and mobility belongs to the individual after all.
A hospital team at Nandi Hills District Hospital, Kenya.

And, in fact, it is the perspective of the individual, in this case the African health worker, that is often overlooked and may provide clues to another, albeit more modest, approach to the issue.

MSH’s research on leadership, management and sustainability of the health workforce, has revealed two facts: (1) People go to medical or nursing school to treat the ill and heal the sick; (2) When these same people are assigned to health facilities, they find their hopes dashed due to lack of supplies, medication, chronic staff shortages, low morale and poor working conditions.

A recent blog from a Kenyan doctor eloquently illustrated these issues. In regard to her anger, she wrote:

“I can’t quite decide if it is the night I performed two caesarian sections with the anesthetist shining the light from his Nokia phone because the generator did not function and the operation had started… Or maybe it is the fact that over 60 percent of nurses in Southern Africa are HIV positive because of a lack of gloves. Or maybe it is the incidents of nurses being raped in night time hours, sometimes by patients.”

The truth is there are poor working conditions in many parts of the health system in Africa, and when this is added to low salaries, salaries that can’t even support the family, then people are forced to consider other options such as migration.

Malawi presents a hopeful alternative. As part of its national Emergency Human Resource Program (EHRP) from 2004 to 2009, the government, with support from the UK’s Department for International Development (DFID) and other development partners, increased salaries of 11 cadres by 52 percent. They also increased the production of health workers by 53 percent and created a sense of accomplishment and commitment. Working conditions improved. Health workers were more respected. Leadership was strong.

At the end of five years, they had increased the impact on all health indicators (i.e., prevention of mother-to-child transmission of HIV, safer deliveries of newborns, immunization rates, antenatal care and antiretroviral treatment). This only increased the sense of pride they all shared.

But most interesting was the decline in migration. In 2002, 59 percent of Malawi’s doctors and 16 percent of their nurses were working out of the country. In the year 2003 alone, 108 nurses migrated out of Malawi. At the end of the EHRP in 2009, migration had slowed and only 16 nurses migrated. While the figures are not available, it is agreed that the rate of physician migration has also slowed significantly.

Yes, there is a cost to Malawi’s success story. During the five years of the EHRP, the up-front cost of the salary increases for 11 cadres of staff was $34.1 million. Some of that money reverts to the government in the form of payroll tax. Since then, the pay increases have continued, with the government taking more responsibility through increasing its health expenditure.

Is this worth it? When you consider the costs of migration, isn’t it better to concentrate on the costs of retention and improving the conditions and safety of health facilities and in the process provide better health care as well as a viable opportunity for people to reach their dreams at home?