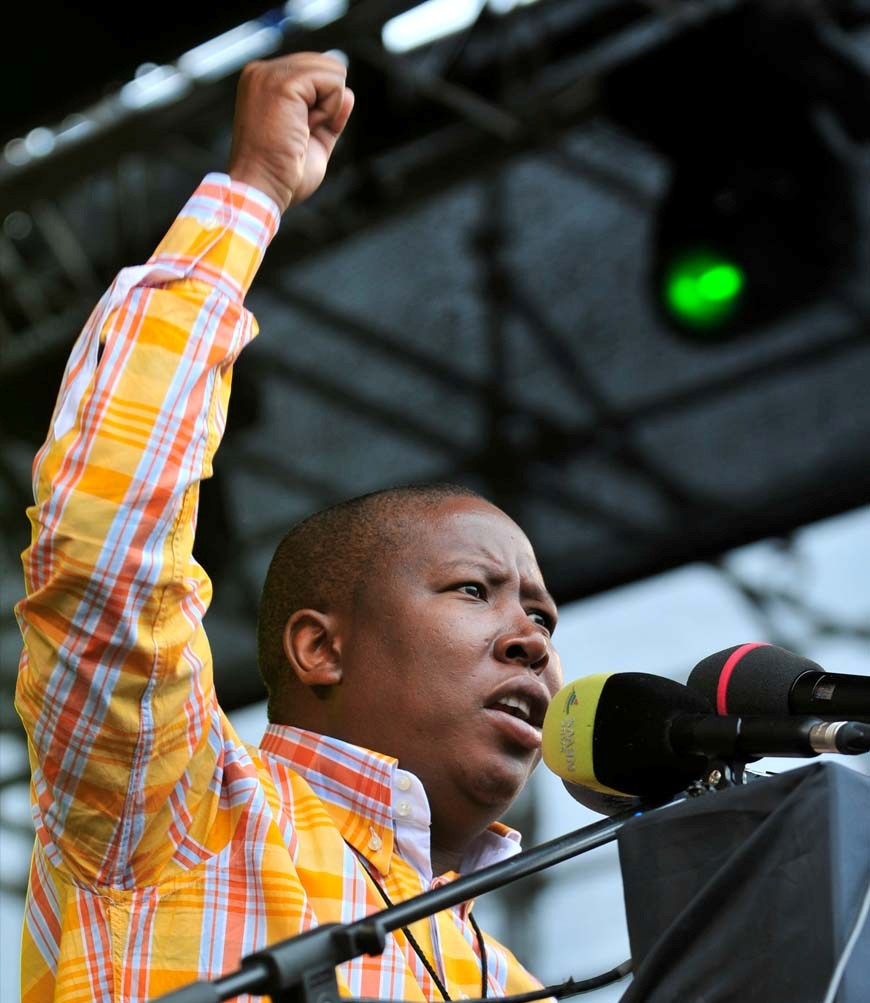 A disciplinary committee of South Africa’s ruling African National Congress (ANC) has upheld the suspension of Julius Malema, the firebrand leader of the organization’s youth wing.

Julius Malema, whose political career now hangs by the thinnest of threads, will continue serving as leader of the ANC Youth League until further notice, ANC spokesman Jackson Mthembu has confirmed.

The NDC’s decision to suspend Malema for five years was upheld by the appeal committee when it delivered its verdict on Saturday.

However, it also decided that Malema could give evidence in mitigation before the national disciplinary committee, but that the ANC would in turn be allowed to argue in aggravation.

For Malema, this means the length of his suspension could either be reduced or increased.

When the NDC found Malema guilty it also decided that he serve a two-year suspension as a result of pleading guilty to sowing divisions during his first disciplinary hearing in 2010 – and that this would run concurrently with the five-year suspension.

While the chairman of the appeal committee, Cyril Ramaphosa, made no mention on Saturday of whether or not the earlier suspension would take immediate effect, ANC spokesman Keith Khoza said it would.

But the ANC at the weekend distanced itself from the statement. “Cde Keith has already apologised for speaking out of turn and without a mandate on a matter that resides with the NDC and other leading structures of the ANC,” Mthembu said in a statement.

Speaking to Justice Malala on The Justice Factor on Sunday, Mthembu said people should not be “so hasty to remove people from their desks” and to allow “ANC processes to take their (course)”.

“We are a very serious organisation. We are not a kangaroo court. The ANC processes issues properly.

“Indeed, the leadership, including the NDC, will study and interpret the impact of the NDCA ruling with regard to the previous (2010) disciplinary case and act accordingly,” he said.

“Acting accordingly means also informing those who you are acting (against). It does not mean that we should then – as spokespersons – be speaking out of turn without any mandate on these matters.”

Mthembu told Independent Newspapers on Sunday: “These matters are in the jurisdiction of the NDC and the ANC leadership structures.

It could not be established whether or not Malema was attending the NEC meeting in Pretoria at the weekend. He sits on the NEC by virtue of his presidency of the youth league.

Pressed for further clarification on Sunday, Mthembu said the NDC and the NEC should be left to deal with the matter in their own time “so that we don’t goad them into hasty action”.

“The appeals committee did not say anything on the previous (2010) disciplinary case. So the structures of the ANC, including the NDC that found on that previous case, must say what is the process moving forward.”

Writing online for Politicsweb, political analyst Eusebius McKaiser argued on Sunday that the ANC “forgot” to confirm whether or not it had informed Malema that his previous sentence now took effect.

“This is a loose end that will cause confusion for a day or three. They need to inform him in order to give effect to the previous suspended order…

“At any rate, given the hype and public confusion, the party would do well to, first, inform Malema of the implication and, second, to explain this to a confused public,” he added.

It was also not clear whether ANCYL secretary-general Sindiso Magaqa must publicly apologise to Public Enterprises Minister Malusi Gigaba within five days or whether this too could wait until he had argued in mitigation of his sentence. Malema, Magaqa and Malema’s right-hand man, Floyd Shivambu, whose three-year suspension was also upheld on appeal, have 14 days in which to do so.

Speculation is mounting as to whether Malema’s deputy, Ronald Lamola, will step up to fill his boots. The charge of barging into a meeting of the ANC’s top six officials was set aside by the appeal committee, which let Lamola, deputy league secretary-general Kenetswe Mosenogi and treasurer Pule Mabe off the hook.

The appeal committee’s decision has fuelled debate about succession within the league.

Lamola, seen as a staunch ally of Malema, could face a challenge from treasurer Mabe, who previously challenged Malema for the youth league leadership.

The organisation may be forced to call a national conference to elect and mandate an entirely new leadership.

Given that Malema continued to mock Zuma in public – by singing songs about the “shower man” causing the youth league problems – even as his disciplinary proceedings were under way, analysts have suggested that Malema could end up with an even stiffer sentence after evidence is heard in mitigation or aggravation of his sentence.

“The chances of a reduced sentence are zero… All that (arguments in mitigation) will achieve is to keep Malema politically on a life support system for a little while longer. It will not stave off the eventual outcome – political demise,” McKaiser argued.

Another possibility is that Malema may challenge the ANC in court. City Press on Sunday quoted “lawyers close to the case” as saying Malema had already “started preparing papers” in case he decided to go that route.

However, political analyst Karima Brown noted that, while this was technically possible, Malema had effectively closed that avenue himself by having previously taken other ANC members to task for dragging the party to the courts over internal disputes.

“So in a way (Malema) has already made the decision for himself. But he is a desperate man at this stage.

“He might want to go that route if he feels desperate enough to try to hang on (to the youth league presidency), because he needs to stay alive in the ANC structures for his political campaign to unseat Jacob Zuma to continue,” she told Malala on Sunday.

This view was supported by McKaiser, who noted that the “political cost of a court battle would ruin Malema”.

“For a man who will need political allies when possible tax evasion and money laundering charges surface, this would be a strategic misstep,” he added. Both Sars and the Hawks are investigating Malema’s financial dealings.

The 30-year-old Malema has been leading a campaign to nationalize the country’s mines and forcibly turn white-own land over to blacks.

In November, Malema was handed a five-year suspension for causing divisions within the ANC and bringing it into disrepute. Though once a supporter of South African President Jacob Zuma, Malema has recently gone on the attack against the Zuma administration.

A hearing on mitigating Malema’s sentence is to be held in two weeks.

Malawi’s National Football Team, The Flames has made it...
FaceofMalawiNEWS