Family Bakery goes out of business after 145 years 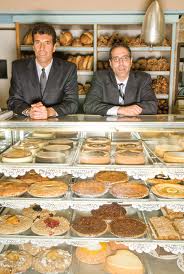 A family-run bakery chain in Blantyre, Scotland is going out of business after 145 years, taking with it 46 jobs.

James Hastie’s – which was founded in 1867 and has a branch in Blantyre – is currently headed up by Karen Kent, who is the fifth generation of the founding family.

She says she has tried everything to keep the company afloat but that Hastie’s will have to close its doors for the last time in March.

Karen said: “I really can’t do anything else. I’ve put all I can into the business, including remortgaging my home, but I don’t have anything left.

“My husband works for the company as well, but with this decision, I’m putting both of us out of work as well.

“It’s probably the hardest decision I’ve ever had to take, but I would rather people knew about it now and give them a bit of notice so they can prepare.

“I’ve read about other bakery firms going out of business, and telling the staff on the Friday they’ve no jobs to go to on the Monday as they’ll be shut.”

She puts her bakery’s decline down to the nature of the business as a small company which manufactures its own products, along with changes in the marketplace that see people less likely to shop in bakeries.

Karen said: “It’s a sign of what’s going on in the high street in general.

“We don’t tend to fit the bank’s criteria.

“When you produce and manufacture for your own sale, it seems to scare them as it doesn’t seem to fit in with their computer system, which makes it difficult.

“To take on the likes of Greggs we would need a huge cash injection, as their buying power is huge.

“We’ve lost several of our staff to them since they opened their new factory in Cambuslang.

“We’ve had people with us for up to 33 years, which is such a long time, and it’s with a really heavy heart I’ve had to take this decision.

“The market place is changing. So many people are now shopping online rather than going down to the shops themselves, doing the butcher, baker and fruiterer run.

“We are still a very traditional business. To have a complete overhaul we’d need finance that just isn’t there.”

Ten members of staff at the Hastie’s factory will lose their jobs along with 36 across its eight shops.