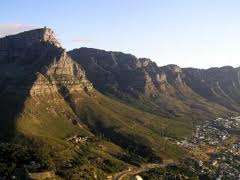 A senior South African government official said on Tuesday that nationalizing mines was not a viable option for the ruling African National Congress (ANC).

“We have consistently maintained that nationalization is not the policy either of government or the ruling party,” Shabangu said.

“I welcome the fact that the report of the ANC’s task team on nationalization has reinforced the (ANC’s) earlier decisions that nationalization is not a viable policy for South Africa,” she said.

“This is not a surprise, we have emphasized this before.”

She was referring to a recent ANC study which has rejected the nationalization of mines, but favors higher taxes and royalties.

“It (the study) demonstrates the consistent but pragmatic policy that has guided the ANC over many decades, including the period of the adoption of the Freedom Charter in 1955 and, even more recently, the period after 1994,” Shabangu said. The ANC has been trying to distance itself from its radical Youth League which calls for nationalizing mines. While trying to ease fears, Shabangu blamed the mining sector for failing to implement mining policies. She said mining companies have circumvented the Broad-Based Black Economic Empowerment Act by fronting black partners to score points under the country’s affirmative action legislation which requires companies to hire a certain number of blacks.

About 6,500 delegates are attending the 18th annual mining indaba (Zulu word for conference), which kicked off on Monday. With a focus on investment in African mining, the three-day conference will feature more than 90 educational sessions, focusing on leading supply and demand expertise on specific minerals and other market trends.