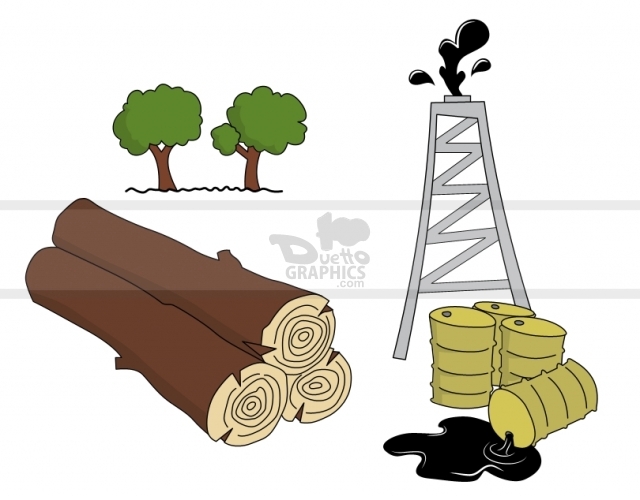 According to the World Bank, the country’s GDP was estimated at US$3.5 billion during the study period in 2007, equivalent to per capita income of about US$230. By 2008 some 40 per cent of the country’s population of 13.1 million was categorized as poor in the state where the environment plays a very significant role in influencing social and economic development. Approximately 80 per cent of Malawians depend on renewable natural resources for their subsistence and household income. The foundation of the national economy is primarily rain-fed agriculture. Forestry resources are crucial in supporting livelihoods, infrastructure development and energy in Malawi. Evidence suggests that forestry resources are degrading at a fast rate – at 2.6% per annum The report notes that apart from providing a diverse range of wood and non-wood products, forests are important for soil and water conservation for agriculture and household use, for provision of animal habitat, for beautification of the countryside, for enhancement of ecotourism, and for regulation of climate change. It however observes that forest degradation for fuel wood (firewood and charcoal) is a significant problem in the catchments surrounding the main urban centres where most dwelling units are electrified.

Weighing the option of subsidising electricity consumption, reveals that the charcoal problem would not be solved as increasing the rate of domestic electrification would mean switching supply from industrial and commercial sectors. As it is, those with an electricity connection would make significant savings compared to those relying on charcoal or purchased fuelwood. “Based on an average domestic consumption of 3,285 kwh and a tariff of US$0.043/kwh, substituting 883 kg of charcoal and 30 litres of paraffin would save the electrified urban consumer around US$105 a year,” says the United Nations supported study adding that even at the full cost tariffs of 0.065/kwh urban consumers would save around US$60 year. Malawi is currently implementing the Malawi Poverty and Environment Initiative (MPEI) with support from the Global Poverty and Environment Initiative of the United Nations Development Programme (UNDP) and the United Nations Environmental Programme (UNEP). The aim is to enhance the contribution of the sustainable management of natural resources to poverty reduction, food security and economic growth, and to facilitate the achievement of both the Malawi Growth and Development Strategy (MGDS) and the Millennium Development Goals (MDGs).

The study was conducted to provide evidence on the costs and benefits of sustainable and unsustainable natural resource management in Malawi focusing is on forestry resources, fisheries resources, wildlife resources and soils. Fisheries resources contribute to the livelihoods of more than 1.6 million Malawians with almost 60,000 individuals employed as fishers, and about 450,000 engaged in fisheries-related economic activities. “The landed value of fish was MK9.4 billion (US$67.1 million) in 2008, a significant contribution to the economy’s total output,” says the report pointing out that traditionally, fish has been the most affordable source of animal protein, but the real price of fish increased by about 3.5 times over the period 1987 – 2007. Over the same period, the population of Malawi grew by about 61 per cent from 7.9 million to about 12.7 million, while total fish supply fell by 20 per cent, translating in a fall of per capita fish consumption has fallen from 9.4 kg to 5.4 kg between 1990 and 2008. Malawi is predominantly an agri-based economy with over 80 per cent of its population depending on agriculture as their main economic activity and a major source of livelihood. As such, the country’s topsoil remains an important natural resource.

But it continues to be degraded at an accelerating speed. According to the National Environmental Action Plan (NEAP), soil erosion is caused by expansion of agriculture, deforestation, overgrazing, and land scarcity leading to people cultivating in marginal and fragile lands. The southern African nation’s tourism sector too is nature-based, but the role of wildlife has not been quantified. Lengwe National Park, one of the five national parks was calculated to hold a stock of wildlife valued at US$17.7 million (MK2. 5 billion). However, based on the park restocking plan and animal carrying capacities, the economic value of the animals in this park would rise to approximately MK11.2 billion (US$80 million). The study found out that of the many causes of net wildlife loss, poaching is considered to be the principal cause. It estimates that the unsustainable use of wildlife resources costs MK665 million (US$ 5 million) each year.