The Judicial strike goes on…. 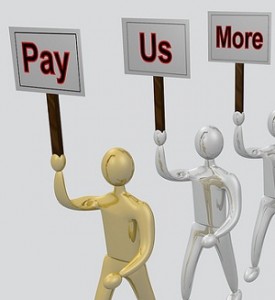 The judicial strike in Malawi has now entered it’s second month. All 200 courts, from the Supreme Court to the Magistrate’s Courts have closed causing great disturbance to the efficient running of the legal system having serious consequences for all who seek access to justice. The Malawi Law Society and senior judicial officers have written to the Office of the President and Cabinet (OPC) giving notice they will join the strike should this not be resolved promptly. The Civil Servants Trade Union (CSTU) also says it is likely to join the judiciary workers’ plight.

The current situation has come about due to the refusal of the current regime to implement the terms and conditions as determined for judicial staff by the previous Parliament in 2006. The Executive has refused to implement this despite a High Court judgement from 2007 ordering them to do so. There is a constitutional framework which entrusts particular powers to three respective branches of government – Legislature, Executive and Judiciary. One branch cannot refuse to uphold its obligations as determined by constitutional processes. It was Parliament that determined the terms and conditions of service for the Judiciary and it is the Executive branch that refused to honour Parliament’s determination. The matter was litigated in Constitutional Case No. 6 of 2006, where the Malawi Law Society approached the Court with the issue which heard, among others, that Government should implement the revised conditions and terms of service. The court ordered that the Executive branch of the Government is bound to implement the determinations of Parliament. These were decisions of two of the three branches of the Government and they cannot be ignored by the Executive. To do so is to ignore the workings of the constitutional processes and amounts to disregard of the rule of law.

At issue is a Government promise made almost five years ago to grant a 50% salary increase to judicial support staff which has never been fulfilled. They are also demanding that members of the judicial system be treated in the same manner as other civil servants in that their salaries should be reviewed every year and not every third year and that they must be paid their arrears in wages before they return to work. They have vowed to continue to strike until their demands are met. The workers held a similar strike in 2008 to force the government to implement the pay increase approved by the legislature two years earlier. But the strike was cancelled three days later after government authorities promised to look into their grievances. They have been waiting ever since.
The Government says due to the current financial difficulties any pay increase would be impossible at this time. But the judiciary support staff is not demanding that they be paid what is due all at once. They are seeking part payment and a commitment in writing that they would fully be paid what is due within a given period. While the political crisis in Malawi and the withdrawal of much of its international donor support has left the government with a serious shortage of funds to meet its budget, Parliament’s decision to prioritise the payment of a mid-term gratuity for Members of Parliament has left members of the judicial system angry and strengthened their resolve to continue with the strike.

Any further delay to address the workers’ grievances would have serious repercussions on Malawi citizens, especially those being held in custody. Under the laws of Malawi a person charged with a criminal offence must be brought to court within 48 hours, however without access to the courts this rule cannot be upheld. Crimes are still being committed and people are still being arrested even though the courts are not functioning. Without the courts the police should not send suspects to prison for remand. The remand population in Maula Prison in Lilongwe is now as high as 609 men and women in pre-trial detention where it was 487 remandees this time two months ago. The remand population in Lilongwe police station is at 300 people, all crammed into cells designed for no more than 100 people. The police are required by law to obtain remand papers or committals from the Magistrate’s Court before they send suspects to prison. This only seems to have been done in one case of late. The Government must address this issue with the urgency it deserves so that the suspects should access justice quickly.

Previous article
Malawi and Zambia experiences in the sustainability of community based organizations
Next article
Presidential critic, Kasambara hospitalized